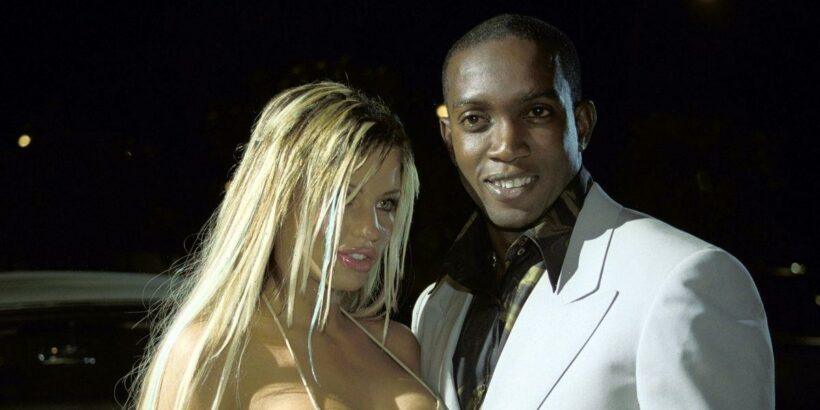 Katie Price's marriage to Peter Andre affected her son Harvey's relationship with his dad, her mum Amy Price has claimed.

The star had Harvey with former flame Dwight Yorke in 2002 – but the footballer has had little to do with his life.

Opening up in Katie's new book Harvey & Me, her mum Amy suggested it was partly to do with Katie being in a relationship with Peter, who she was married to from 2005 to 2009.

"In my opinion, I think Pete being with Katie interfered a lot when it came to Dwight's relationship with Harvey," Amy said.

"Dwight and Pete never got on.

"Pete said he wanted to adopt Harvey and Dwight was shocked by that. I think one of the main reasons Dwight didn’t visit Harvey at the house was because he felt uncomfortable around Pete."

And Amy, who helped to raise Harvey, said she believes Dwight found his son's disabilities "confusing".

"I think he found it really hard to accept," she said.

Dwight's agent has stayed in contact with Amy through the years and gets in touch when Harvey is ill to find out how he is.

But when the agent messaged last year while Harvey was intensive care, Amy told her that it "had to stop now".

She added that if Dwight wanted updates on his son, "he's got our number" – and instructed him to get in contact himself, rather than through a third party.

Amy said she feels that it's time the former Manchester United star "took some responsibility".

"But we've heard nothing from Dwight, which is a shame," she added.

Katie shares two children with Peter – daughter Princess, 14, and son Junior, 16. She is also mum to daughter Bunny, seven, and son Jett, eight, from her relationship with Kieran Hayler.

Katie Price: Harvey & Me, published by Mirror Books, is on sale October 26. Get £5 off (RRP £20) with offer code FA9 from mirrorbooks.co.uk.

For more of the latest showbiz news from Daily Star, make sure you sign up to one of our newsletters.