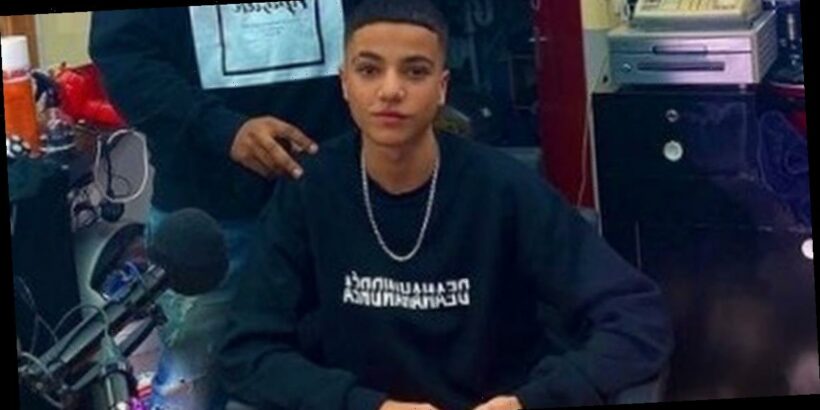 The rising star, who is the oldest of Katie's children and the son of Peter Andre says he is hoping for a 'glow up' when he is 16.

Despite already being a heartthrob, Junior, 15, is already planning on how he can update his look.

The budding actor says he is already thinking about an elaborate neck tattoo as well as duel piercings.

Junior said: "When I’m 16 I hopefully will have a glow up.

"I want to get my two ears pierced.

"I'm not sure I would suit just one and I don’t know which is the right one.

The rising star added: "I don’t think I’d suit a sleeve you know, I dunno, but I’m thinking about a neck tattoo.

"I want to do acting and you have to to cover them but yeah, i'm thinking about a neck tattoo."

Daily Star previously revealed how Junior cites Men In Black actor Will Smith as his idol.

Junior is also hoping to follow in his dad's footsteps and bag himself a career in the charts.

He released his biggest hit Mysterious Girl in 1995 which peaked at No2 in the UK.

The teenager said: "Will Smith is my idol as he has done and does what I want to do – music and acting."

The law would make it a criminal offence to troll and abuse online.

In June last year, Katie appeared before MPs in the Houses of Parliament to campaign for a change in the law.

The former glamour model told told MPs: "I know I’m here because it started off because [of] Harvey and his disabilities but this isn’t just for people with disabilities.

"It will help everybody. Like me or hate me, I’m here to protect others."

A rep for Katie said: "Like his mother – Junior is keen to make the world a better place – a credit to both parents and in their upbringing."