Katy Perry has revealed she spent time in a mental health retreat following the failure of her last album, saying she suffered from "situational depression".

The singer said she checked herself into the Hoffman Institute, a "personal growth retreat" in California, for a week after the dismal commercial performance of Witness.

"I have had bouts of situational depression and my heart was broken last year because, unknowingly, I put so much validity in the reaction of the public, and the public didn't react in the way I had expected to… which broke my heart," she told Vogue, ahead of her Australian tour this month.

"Music is my first love and I think it was the universe saying: 'Okay, you speak all of this language about self-love and authenticity, but we are going to put you through another test and take away any self validating blankie. Then we'll see how much you do truly love yourself.'" 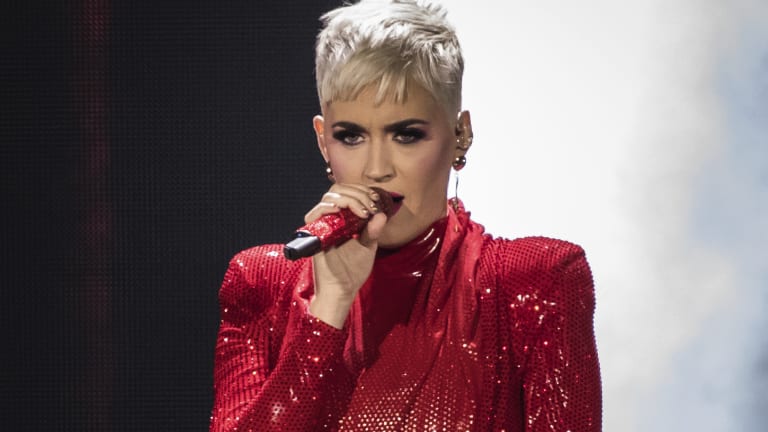 Katy Perry has revealed she spent time in a mental health retreat following the failure of her last album.

Witness, Perry's fifth album, was released to middling critical reviews and an indifferent public reaction last June. Lead singles Bon Appetit and Swish Swish failed to resonate with fans, peaking at #35 and #22 on the ARIA charts.

The singer was also routinely derided for her desperate exploits to drum up publicity ahead of its release, including a politically hollow re-branding of her sound as "purposeful pop" and reigniting a long dormant feud with Taylor Swift in press interviews.

Lest we chide the 'tortured artist' narrative coming from a star famous for singing lines like "sun-kissed skin, so hot, will melt your popsicle" and "are you brave enough to let me see your peacock?", Perry says the experience "gave me a wholeness I never had" and she has recommended therapy to her friends, "other artists who are looking for a breakthrough".

"There are a lot of people who are self-medicating through validation in audiences, through substances, through continually running away from their realities – denial, withdrawal. I did that for a long, long time, too," she told the magazine.

"I was with someone recently who asked: 'Well, don't you think that if you do too much therapy it will take away your artistic process?' And I told them: 'The biggest lie that we've ever been sold is that we artists have to stay in pain to create.'"

The pop star has previously discussed her struggles with mental health. In a therapy session with Dr Siri Sat Nam Singh filmed for Viceland last June, Perry was in tears as she discussed the toll of living her public persona.

"Sometimes I've built up this Katy Perry thing and it's fantastic, but it's more of a facade than a real thing," she said, revealing she'd struggled with suicidal thoughts, inspiring her song By the Grace of God.

"I sang it on tour, and it's hard because I felt ashamed I had those thoughts, feeling that low and that depressed. I wrote that song because I do believe in something much bigger than me, and I call that God for me," she said.