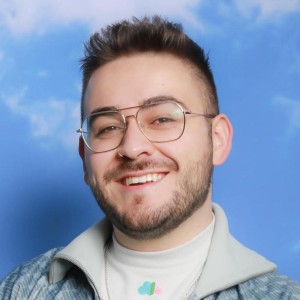 After a year on the road, Katy Perry is excited to head home and spend some quality time with her old friend Trader Joe.

The pop songstress, 33, told PEOPLE in an exclusive interview that since her Witness tour is over she’s ready to “properly unplug” and see her family in her hometown of Santa Barbara — one of her “favorite places in the world.”

“I love going to Trader Joe’s and walking down each aisle to catch up on the products since I’ve been gone,” she told PEOPLE. “I’ll literally be in there for two hours.”

“I’m looking forward to reconnecting with family and friends in person rather than via text,” she continued.

The singer completed her tour late last month, tweeting that the trek had been “the most rewarding experience.”

Perry also told PEOPLE that she has some cleaning to do at her Santa Barbara home — along with some sock organizing.

“I’d rather stay home and clean out my sock drawer than go to a party right now,” she says.

Perry will head down to San Diego this weekend to headline KAABOO Music Festival in Del Mar, Calif., where she will be “bringing a whole new set, new costumes and larger than life drama!”

Joining her at the festival are the Foo Fighters, Halsey, Post Malone, Imagine Dragons, Earth Wind & Fire and Billy Idol — among other artists throughout the weekend.

“I feel like I’m in great company on the weekend’s bill,” she says, adding that she’s excited that the festival will donate part of the proceeds to MusiCares, which helps musicians with mental health care, something that she’s “a big believer in.”

Although festival tickets are sold out “Katy Cares” passes are still available exclusively for her fans.

The “Firework” singer performed in front of an intimate crowd Monday for Citi Sound Vault at The Theatre at Ace Hotel, where she gave an emotional speech about feeling healthier and happier than ever.