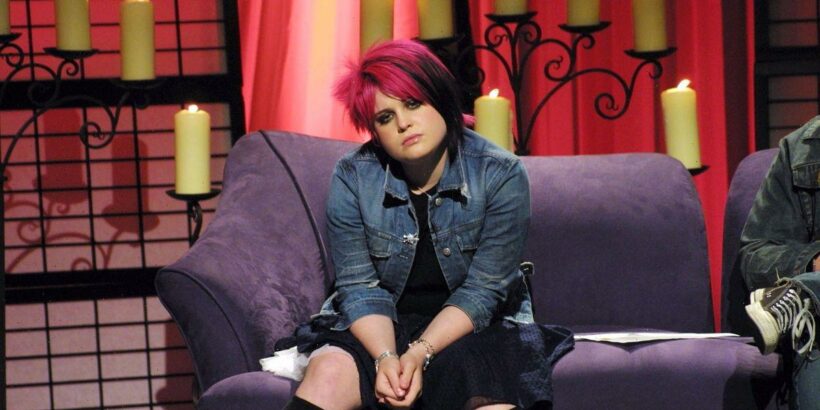 TV legend Kelly Osbourne, 38, has been through some really tough times when it comes to substance abuse.

The daughter of Sharon Osbourne and Ozzy Osbourne has continuously been open about her most challenging times surrounding her battle with both drugs and alcohol.

READ MORE: Kelly Osbourne defends decision to not breastfeed after backlash from family

Kelly has openly spoke about her relapse which took place last year – but in the year that followed her life has turned around completely.

As the star celebrates her birthday, Daily Star looks at her battle from the age of 13 to her most recent struggles.

Kelly, who has been in the spotlight for many years, admitted that when she was 13, she started using drugs.

She explained that she once became ill and was prescribed Vicodin and Percocet, which later prompted her to use Xanax, Klonopin, and Valium.

She said on the podcast Red Table Talk, which is hosted by Jada Pinkett-Smith and her daughter Willow Smith: "I went from having every voice in my head being like, 'You're fat, you're ugly, you're not good enough, no one likes you, you don't deserve this, people only like you 'cause who your parents are,' and then all of a sudden, every single voice was silenced, and it felt like life gave me a hug."

She explained that soon the two drugs that she was taking were getting too expensive.

Kelly once said that at 19, she got caught with the heroin, and the next day her mum, music manager Sharon Osbourne, put her into rehab.

Kelly has been in rehab multiple times over the years.

According to her 2017 memoir, the TV personality has been to rehab seven times since being admitted for the first time in 2003.

Speaking of her own experience she claimed rehab was "a vacation without a bar."

The daughter of rock legend Ozzy Osbourne and his wife Sharon, who had been sober since 2017, last year spoke about her renewed struggles with alcohol.

She said in an interview: "I was alone, sitting by a pool and waiting for somebody to come have a meeting with me. And I saw this woman and her husband had a glass of champagne. It looked really nice, and I was like, 'I can do that, too'."

The next day, she had two glasses, and before long "it was bottles".

She says that at one point she had 24 bottles of White Claw.

Reflecting, Kelly said: "I am an addict and had thought that I had enough time under my belt and I could drink like a normal person, and it turns out I cannot and I will never be normal."

The TV reality TV legend also spoke on Red Table about feeling like she was "behind" in life.

She said: "I would’ve loved to be married and have children by now … but that wasn’t what was in the cards for me, and I would’ve been no kind of mother at all."

Kelly explained that while she was doing drugs her thoughts weren’t "normal" and that she "was that crazy addict" who believed she would stop doing drugs once she became pregnant.

After her 2021 slip, she has been in rehab and is now celebrating being sober for another year – alongside her other happy news as the star is expecting her first child.

In a caption on an Instagram post, shared in May, she wrote, “If you would have told me 365 days ago that I would be sober, happy, and about to be a mumma I would have laughed in your face.

“Life is truly amazing when you do the work. Thank you to everyone that has supported me on this journey. I love you all so much!!!!!!!”