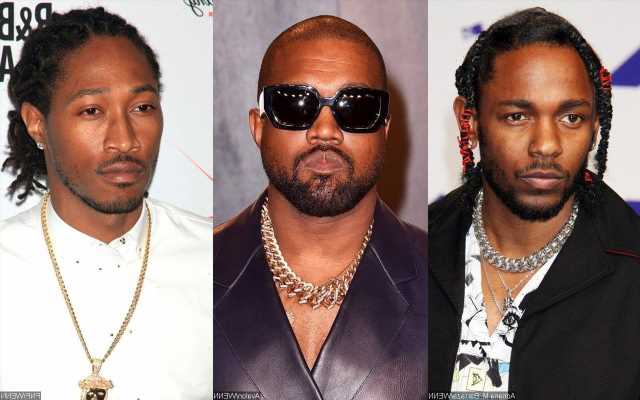 The major music festival, which ended with DaBaby’s controversy last year, is set to take place at the Hard Rock Stadium in Miami Gardens from July 22-24.

The major music festival is set to take place at the Hard Rock Stadium in Miami Gardens from July 22-24. Ye will kick off the event on Friday as he will be joined by the likes of Playboi Carti, Lil Durk, Don Toliver, 2 Chainz, Lil Yachty, Saweetie, Fivio Foreign, BIA and Money Man among others.

Future will greet fans on the next day along with Lil Uzi Vert, Gunna, DaBaby, Gucci Mane, Lil Tjay, City Girls, Latto (Mulatto) and Soulja Boy. As for Kendrick’s set, it will be followed by performances from Lil Baby, Kodak Black, Baby Keem, Trippie Redd, Moneybagg Yo, A$AP Ferg and other stars.

Last year’s Rolling Loud Miami ended with a controversy after DaBaby hurled insensitive remarks about LGBTQ+ community and HIV/AIDS survivors. In between his performance, he told the crowd, “If you didn’t show up today with HIV, AIDS, or any of them deadly sexually transmitted diseases that’ll make you die in two to three weeks, then put your cellphone lighter up. … Fellas, if you ain’t sucking d**k in the parking lot, put your cellphone lighter up.”

DaBaby has since drawn backlash over his remarks. However, he initially showed no remorse and even doubled down on his comments. The scandal led the “ROCKSTAR” hitmaker to being cut from several other festivals such as Austin City Limits, iHeartRadio, Lollapalooza and U.K.’s Parklife festival.

The ex-boyfriend of DaniLeigh addressed his controversy when performing at Hot 97’s Summer Jam 2021 in August. “I never in my life meant to offend anybody, you know, and I apologize… that ain’t even how I rock,” he pointed out. “But check this out, other than the people that was truly offended, I feel like the rest of y’all motherf**kers are being cry babies.” He then broke out into “Cry Baby”, his hit single with Megan Thee Stallion.