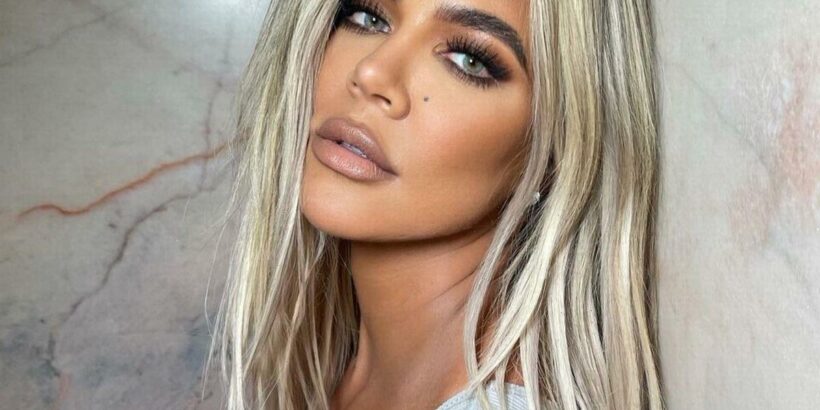 Khloe Kardashian has accidentally revealed she photoshopped her daughter True Thompson into photos from December 2021.

The reality star appeared to confirm the bizarre rumours after eagle-eyed fans on Reddit accused the star of lying about her daughter True being in Disneyland and accusing the star of editing her in.

They claimed that the original pictures showed Kylie Jenner’s daughter Stormi on the ride beside her cousin, instead of True.

The pictures shared by Kim Kardashian on Instagram showing Kim’s daughter Chicago and True at the theme park.

And now it seems the Good American brand ambassador, 37, has accidentally confirmed the accusations after she posted a telling caption on Instagram.

In celebration of True's 4th birthday on April 12, the mummy-daughter duo hit up the world-famous theme park in California, with Khloe telling fans in an Instagram Story that it was True's "first time" at the Happiest Place on Earth.

The post had fans raising eyebrows immediately, since the caption appeared to confirm that she was in fact photoshopped into the first snap.

It didn’t take long for a Twitter user to question the timeline and connect the dots, penning: “The people have questions @KimKardashian @khloekardashian.”

Coming clean, Khloe simply replied: ‘Welllppp I f**ked this one up.

‘Anyways….. let’s focus on something else. Our show airs in a few days.’

“Ok but explain the Photoshop still,” another follower demanded.

“To actually Photoshop your child’s head onto another child’s body…,” a Twitter user posted.

Another fan asked: “Ok but why was Stormi Photoshopped out tho?.’

The family has been criticised in the past for photoshopping their children.

Speaking to Ellen Degeneres back in 2019, Kim explained that she photoshopped her daughter North into the family Christmas card because she was having a bad day. “

She just was crying because she wanted her specific hairstyle, whatever,” Kim said.

The Kardashian-Jenner family has also been accused of photoshopping their social media posts, and have faced widespread criticism for promoting unrealistic body ideals.

The famous family quit their long-running reality show Keeping up with the Kardashians last year but quickly announced their new show The Kardashians, which premieres Thursday on Hulu.