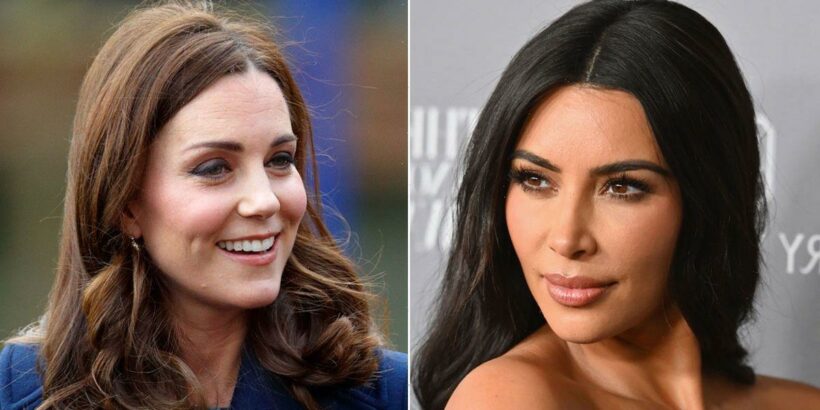 Kim Kardashian has revealed she cried after being compared to Kate Middleton during their pregnancies.

The billionaire reality TV star, 40, was pregnant with her first child North in 2013, while the Duchess of Cambridge, 39, was preparing to welcome Prince George.

Appearing on the We Are Supported By podcast recently, Kim revealed that she didn't enjoy that particular pregnancy and slammed her treatment by media at the time.

Diagnosed with pre-eclampsia while expecting North, which leads to swelling in the face and feet, Kim said she felt "brutalised" by news articles comparing her to a whale and revealed she would "sit at home and cry all the time" following the hurtful comparisons to "waif-like" Kate.

"They would always compare me to Kate Middleton so it would say 'Kate the waif and Kim the whale, the waif versus the whale'."

She added: "It was so nasty. I don't think that would really fly today, but it killed my self-esteem. I really can't believe that this was acceptable and that this was OK.

"But I would sit at home and cry all the time."

Following the birth of North and her first son Saint in 2015, Kim welcomed her third child Chicago, three, and fourth child Psalm, 2, by surrogacy.

She shares all four children with rapper Kanye West, with the pair announcing their intention to divorce in February this year.

Kate and her husband Prince William welcomed their subsequent children Princess Charlotte, 6, in 2015 and Prince Louis, 3, in 2018 respectively.

The record is named after Kanye's late mother who passed away in 2007 following surgery complications.