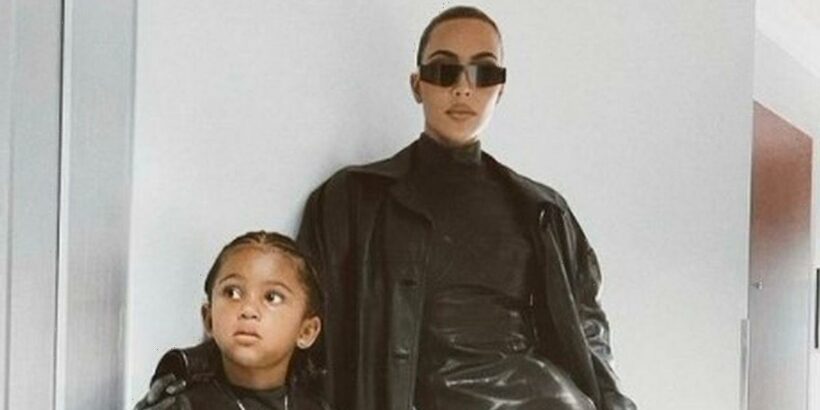 Kim Kardashian has admitted that she's "not okay" after her five-year-old son Saint broke his arm in a nasty accident.

The fashion icon, 40, took to Instagram on Thursday evening to share the nightmare news that her son Saint had suffered the horrific injury.

The mum-of-four posted a photo of the young lad to her Instagram Story, and the poor boy could be seen sitting in a wheelchair with his arm wrapped up in a big bandage, in what appeared to be a hospital.

The sad snap showed Saint holding a pillow on his lap with a bandage covering his right arm as he was being pushed around in the chair by his worried mum.

Alongside the photo, Kim confessed that she was "not ok", hinting that she'd broken down in tears amid her sons injury.

She captioned the post: "Who do you think cried more today? My baby broke his arm in a few places today. I'm not ok."

Kim then revealed a closer look at her son's plastered arm which was wrapped in a black cast – with the bandage covering all of Saint's forearm and bicep.

The star then affectionately penned "poor baby" as she attached a sad face emoji.

The Keeping Up With The Kardashians star, who has a whopping 252million followers on Instagram, didn't explain how her young son sustained the injury.

It comes just one day after Kim's daughter North made fun of her mum for putting on a different tone of voice when she made videos for her social media channels.

When Kim was recording a video to promote a product in a paid advertisement, North was heard asking her mum: "Why do you talk different?"

Kim replied: "Why do I talk different from what?"

North, her eldest child, said: "From your videos."

Kim was baffled as she said: "From my videos? I'm the same human being. I don't talk different."

She then asked North if she thinks she talks differently when she films videos for makeup products which caused her little girl to brutally mock her mum by doing an impression of her speaking in her beauty videos.

Kim burst out laughing as she asked: "Is that what I sound like?"