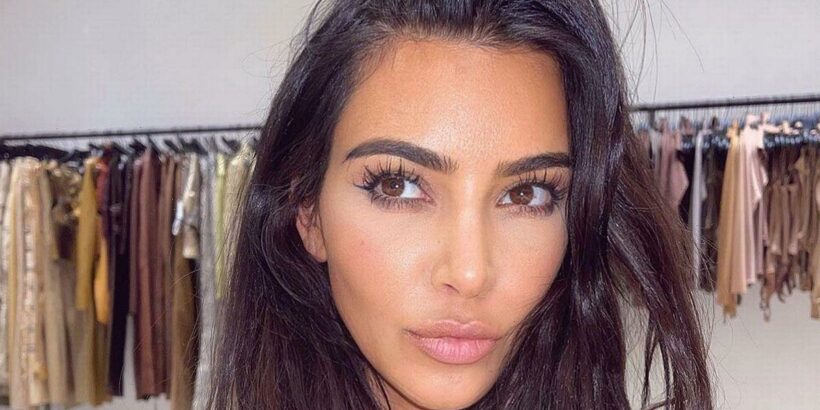 Kim Kardashian donned a cut-out black bodysuit to work out in the garden and fans went wild.

The all-in-one lycra leotard didn't appear to be the most practical and was incredibly revealing on Kim.

So one would wonder just how realistic it is that the reality TV star managed to complete a full work-out in such an outfit.

But who cares, as paired with her long ice blonde wig and flawless skin, Kim was killing her look as she pulled down on the exercise equipment to tone her arm muscles.

Kim shared the image at dusk, and wasn’t afraid to show off her curves and banging cleavage as she nearly spilled out of the flimsy fabric.

The star completed her look with dramatic eye make-up and shimmery highlighter on her cheeks as she gazed seriously off into the distance.

The 40-year-old’s sister Khloe Kardashian, 36, commented: "Ok now you are just playing with my emotions."

Motivational speaker Justin Laboy followed: "YOU WIN. Nobody should post the rest of the day out of respect for this picture. #Respectfully."

Fans continued to share their thoughts on the star’s momentous photoshoot, as one person gushed: "You look so good."

"I’m sorry what," another one of the lingerie business woman’s 218million followers responded.

A third joked: "Yah I work out in this outfit too… if only."

While a fourth teased next to a laughing emoji: "Imagine working out in this outfit."

"This is almost as good as the Kendall pic," a fifth added, suggesting there could be some light Instagram rivalry between the sisters and their battle for the most iconic snap.

Kim does her best to share a variety of untouched images as well, unlike some of her sisters.

The mum-of-four took to her platform to share an image with her eldest daughter North, 7, just before the youngster went to sleep Thursday evening.

Laying down on the bed with her little girl decked in a silky Skims pyjama set from her own collection, Kim’s make-up was definitely more natural than usual.

Kim posed for the camera and North grinned with her mum, her cute corn rows splayed out on the pillow behind her.

Meanwhile Kim’s brunette tresses were styled in her signature waves, and the star signed off with a simple "good night" and puckered up for her fans.