No one had asked, but we now know what a souffle sounds like. Light and fluffy, built from quality ingredients and showing deft craftsmanship, Kimbra's shuffle-mode showcase of third album Primal Heart doesn't survive too much prodding. 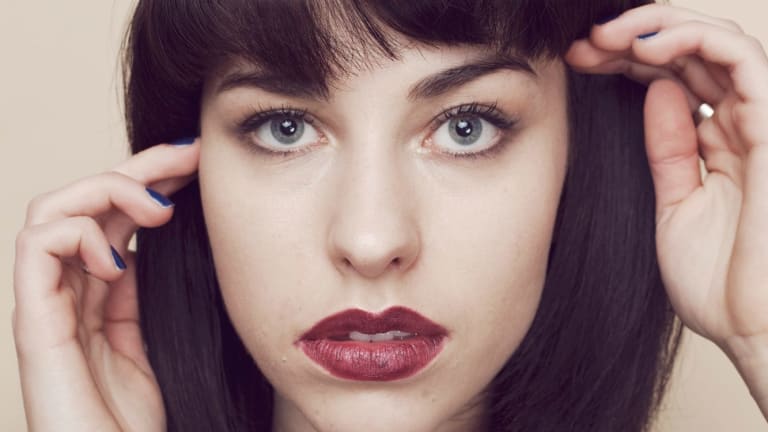 New Zealand singer Kimbra: An OK night out could have been great if she let the melody and her singing ability shine more often.

Starting with the album's penultimate track Version of Me, a ballad about being caught between conflicting forces, the New Zealand songstress embarked on a pop fusion of R&B and electronica which was ultimately more impressive than affecting.

Good War was an enjoyable enough romp in front of disconcerting polka-dot jet fighters, trippy machine guns and fluorescent tanks, but it took five tracks to arrive at anything of substance with the soul of Human standing out among the effects. One of the catchier singles, it's arresting if not anthemic.

Falling flat, however, was a reinvention of the usually snappy Settle Down that morphed into the second half of Somebody That I Used to Know. What should be sure-fire hits displayed all the sweetness of Kimbra's vocals, but lost a lot of the sparkle that catapulted her to international attention.

The swinging Everybody Knows and '90s throwback Like They Do on the TV worked better, and when Kimbra picked up the guitar for a stripped-back version of Past Love it was as much a relief as a glimpse at what might have been. If only the bells and whistles had been dialled down in favour of letting the melody and her singing ability shine more often, an OK night out could have been great.

Redeeming moments came at the end, with the bright and upbeat Lightyears, groovy two-year-old single Sweet Relief and the funky, angsty Top of the World – and for a moment as the drums and synths swept to a climax, you believed she could conquer the globe.

The encore was a mess, however, with Kimbra re-creating album closer Real Life the way she had invented it on the fly in her studio. There were four or five false starts, and the two-and-a-half-minute track didn't amount to much once it got going. Like an after-dinner mint, we could have done without it.