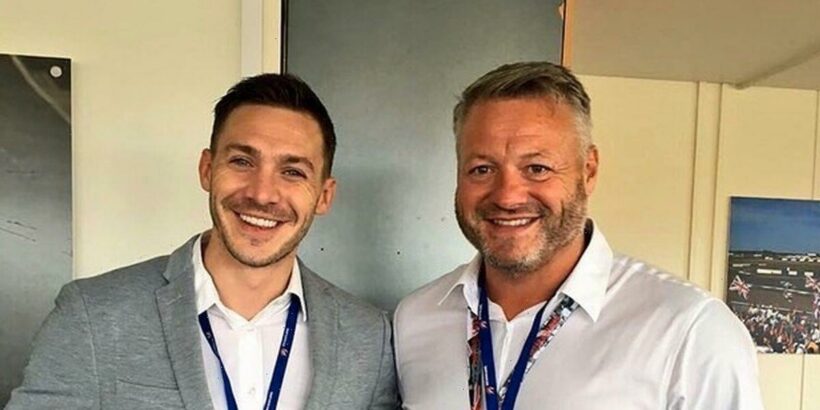 TOWIE star Kirk Norcross gifted his late father Mick a pair of scratch cards in the hope that it would save him from financial ruin – shortly before his father tragically passed away.

It comes amid an inquest into the death of popular TOWIE star Mick Norcross which took place on Thursday afternoon (July 22), reported by EssexLive.

The inquest was held at Chelmsford Coroner's Court in Essex to determine the circumstances surrounding Mick's death – where the coroner concluded that Mr Norcross took his own life.

In January this year, police confirmed the sad news that Mr Norcross, who had been the beloved owner of the Essex nightclub Sugar Hut, was found dead in his home in Essex.

It has now been revealed that Kirk, 33, had tried to help his dad financially just before he passed – by buying scratch cards in the 'hope' of easing his dad's financial struggles.

Kirk's statement to the court read: "I went to see a friend and I told him I have a feeling I might lose my dad this week. I don’t know why I told him I just felt it in my head."

The statement then went on: "I bought two scratch cards on the way back for my father with hope. I went and prayed for my father. I then had a nap and woke up and I had two missed calls from dad's partner and text asking where Mick was.

"I saw family looking at window in house my dad lived in. His partner said dad seemed fine before."

The court then heard that it was not long after this that Mr Norcross was found dead.

During the inquest, the court was told that Mick had been "under stress and pressure", and had felt 'unable to cope' with money worries before taking his own life.

Mick's partner's statement explained that he showed signs of "worry and anxiety" amid money issues where the father "had houses to pay for, costs, the estate and 'bills were high'".

Concluding the inquest, the coroner said: "It seems to me the only plausible on based on evidence that he intended to take his own life on the balance of probability,"

"He had been under a great deal of pressure and I accept the evidence of his family that he was a very proud man who saw himself as a provider and he was very successful."

Giving a final verdict of suicide, he also added: "Sadly Michael was overcome by a low mood and feeling unable to cope and sadly he acted on impulse and carried out this out which ended his life."

His partner's statement also read out that Mick was "frightened" by the thought he might not be able to support his family.

On Twitter, the 57-year-old's last public message read: "At the end remind yourself that you did the best you could. And that is good enough."

On the day of his funeral, one of his son's, Mason, posted a touching tribute on Instagram.

He wrote: "To my dad, today is the day we put you to rest.

"I am truly lost for words, you was my everything.

"I am so grateful for everything you done for all of us, you was the best dad a boy could ever ask for!"

You can contact the Samaritans at any time of the day for FREE from 116 123, 24 hours a day, or email [email protected], in confidence.