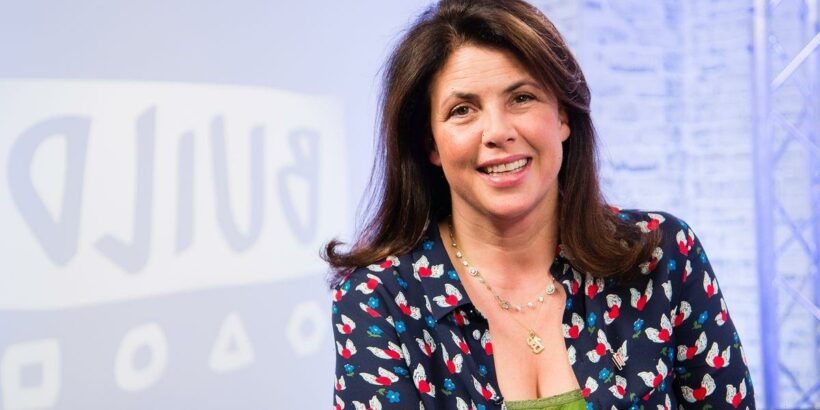 Kirstie Allsopp has revealed how she almost choked after accidentally swallowing an AirPod.

Tweeting to her 428k followers, she said: "In other news I just swallowed an AirPod while downing my vitamins, I don’t recommend it. I’ve managed to chuck it back up without having to go to hospital, but my throat is really quite sore."

She ended the tweet with a vomiting emoji., before adding: "Never again! Getting it, back up was agony and I’ve burst some little blood vessels around my eyes."

However, some people were dubious about the whole incident.

Fans were baffled as to how Kirstie had accidentally eaten the earphone, especially as they are quite large when compared to your usual vitamins and pills.

One Twitter user wrote: “So confused. If this is true, why do you have an Airpod in your mouth???”

A second commented: “Damn, how big are the tablets you’re taking that you confused them with an AirPod? Can’t even imagine putting on in my mouth considering the size of them, let alone swallowing it. Glad you managed to get it out though.”

One curious follower asked: “Does it still work?” to which Kirstie replied: “Don’t know yet, but it still smells of sick and I’m not sure about putting it in my ear. Way too much information I know.”

And as others accused her of making the story up, Kirstie backed up her version of events with a picture, captioning it: “See, not quite as daft as some might say.”

Going on to explain how it happened, Kirstie said: ‘”AirPods in pocket, put vitamins in pocket while getting glass of water, chucked vitamins into mouth, gulped water, go for second lot, see one AirPod in hand, check pocket, check handbag.

“Realise there’s only one place it could be.”

She added: “Can’t really get my head around the “you’re lying” crowd. It would be such a bizarre lie….I love that anyone thinks I have enough imagination to lie about this.”