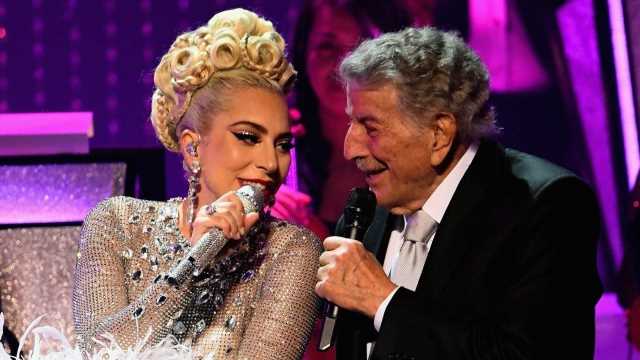 Lady Gaga and Tony Bennett are sharing the stage again, one last time.

The longtime collaborators announced on Monday that they’ll be performing together at New York City’s Radio City Music Hall next month for two nights only, in celebration of a decade of music and friendship. The performances will mark their last time taking the stage together amid Bennett’s battle with Alzheimer’s disease.

One Last Time: An Evening With Tony Bennett and Lady Gaga will open on Bennett’s birthday on Aug. 3, with a second performance on Aug. 5. General tickets go on sale July 22 at 10 a.m. ET/PT on LiveNation.com.

“We couldn’t be prouder to host such a special engagement with two of the most iconic entertainers of our time,” Darren Pfeffer, Executive Vice President, Live, Madison Square Garden Entertainment, shared in a statement. “Both Tony Bennett and Lady Gaga are synonymous with New York City, making the Great Stage at Radio City Music Hall the perfect place to honor their decade long friendship and celebrate Mr. Bennett’s 95th birthday.”

According to a press release, it is being acknowledged that the concerts at Radio City will be Bennett’s last NYC performances of his career, “set appropriately at a venue that Tony has enjoyed a multi-decade run of sold-out shows.”

ET reported back in February that Bennett has been battling Alzheimer’s disease for the past few years. The 94-year-old musician was first diagnosed in 2016, and his family and friends opened up about the neurological disorder in a profile for AARP Magazine at the time.

“He would ask me, ‘What is Alzheimer’s?’ I would explain, but he wouldn’t get it,” Bennett’s wife, Susan (who has also been acting as his caregiver), told the outlet. “He’d tell me, ‘Susan, I feel fine.’ That’s all he could process — that physically he felt great. So, nothing changed in his life. Anything that did change, he wasn’t aware of.”

“There’s a lot about him that I miss. Because he’s not the old Tony anymore,” she added. “But when he sings, he’s the old Tony.”

The AARP profile also revealed that between 2018 and 2020, Gaga and Bennett recorded a follow-up album to 2014’s Cheek to Cheek, while the “Fly Me to the Moon” singer was privately dealing with his diagnosis.

“I wanted to check with her to make sure she was cool,” Bennett’s son, Danny, said of asking Gaga about their decision to go public with his diagnosis. “Because she watches his back all the time. She was like, ‘Absolutely, it’s just another gift that he can give to the world.'”

The family noted at the time that this could be Bennett’s final album. Hear more in the video below.