Rule Britannia: Guests clash over of Last Night of the Proms song

Last year, the pandemic saw the Last Night of the Proms performed to an empty Royal Albert Hall with a reduced orchestra of 65. It was reported at the time that there were plans by the BBC to omit the lyrics of Land of Hope and Glory and Rule, Britannia! and just have instrumental versions. Allegedly, organisers were looking at a more inclusive running order because of a “perceived association of colonialism and slavery”.

At the time, Prime Minister Boris Johnson stated: “It’s time we stopped our cringing embarrassment about our history.”

Following the backlash, it was reported that the BBC U-turned on the decision and the full lyrics were performed in full, as they will be this year.

According to the national broadcaster, this summer’s BBC Proms will go ahead with 52 concerts in front of live audiences at the Royal Albert Hall.

Proms director David Pickard teased that “all the traditional elements” of the Last Night on September 11 would be in place. 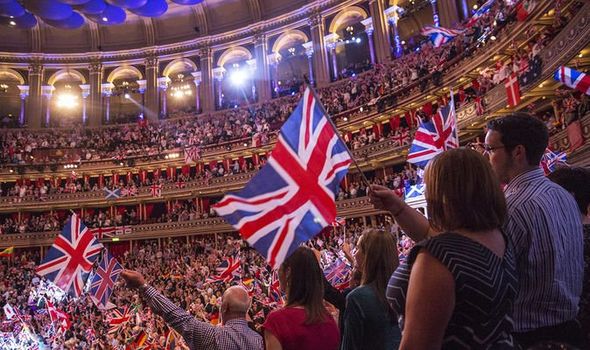 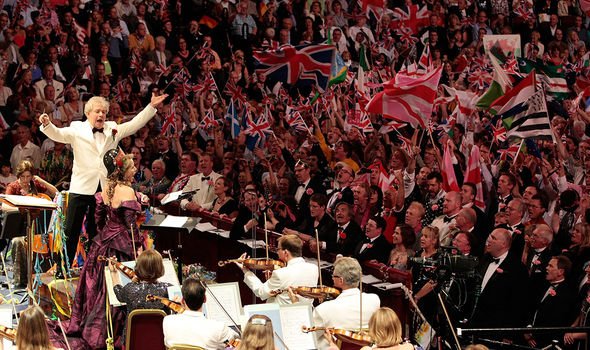 However, according to Pickard, the BBC “never intended to cut either of those pieces of music” in 2020.

The Proms director continued: “What we were faced with was the fact that we didn’t have audiences in the hall and… we felt originally that the best way to do those pieces was to do them in instrumental versions.

“There was clearly a lot of unhappiness from certain quarters and at the 11th hour we found a way to do those pieces with the [BBC Singers] singing those words.

“Of course it was a compromise on what we would normally want to do – but I think we responded to public opinion and I think we came up with a solution we were all very happy with.” 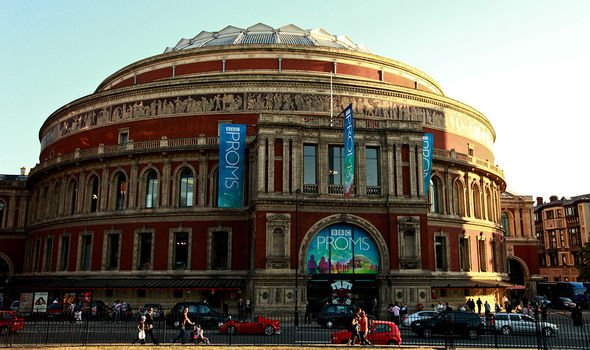 Last Night of the Proms: EU flags waved by audience

On this year’s Last Night of the Proms, Pickard added: “We hope and pray it will sound as it would do in a normal year.”

This Proms season also marks the 150th anniversary of the Royal Albert Hall.

At the time of the U-turn to include lyrics at the Last Night of the Proms last year, a BBC spokesman said: “The pandemic means a different Proms this year and one of the consequences, under COVID-19 restrictions, is we are not able to bring together massed voices.

“For that reason, we took the artistic decision not to sing Rule, Britannia! and Land Of Hope And Glory in the Hall.

“We have been looking hard at what else might be possible and we have a solution. Both pieces will now include a select group of BBC singers.

“This means the words will be sung in the Hall, and as we have always made clear, audiences will be free to sing along at home.”

The BBC spokesman added: “While it can’t be a full choir, and we are unable to have audiences in the Hall, we are doing everything possible to make it special and want a Last Night truly to remember.

“We hope everyone will welcome this solution. We think the night itself will be a very special moment for the country – and one that is much needed after a difficult period for everyone.

“It will not be a usual Last Night, but it will be a night not just to look forward to, but to remember.”

The Last Night of the Proms will be broadcast from the Royal Albert Hall on September 11, 2021.