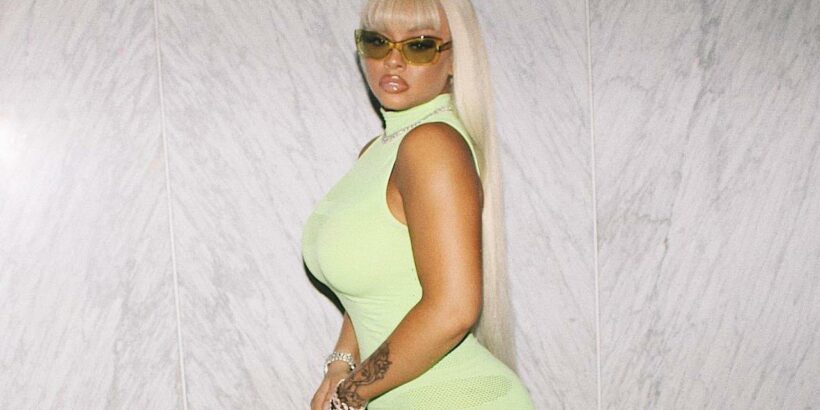 The 23-year-old femcee, whose real name is Alyssa Michelle Stephens, declares that she is ‘donating proceeds’ in the wake of Supreme Court’s decision despite not showing it off on social media.

AceShowbiz -Latto (previously Mulatto) was forced to defend herself amid recent allegations. Having been accused of profiting off Roe v. Wade overturn with her upcoming song “P***y”, the raptress didn’t waste time putting her haters on blast.

On Tuesday, July 13, the 23-year-old shared a teaser for her new single that featured footage of abortion-rights protesters. In the accompanying message, she wrote, “My ovaries ain’t for you to bully!!!! P***Y THIS FRIDAY 7/15!!!”

A fan then quote-retweeted the post, writing, “using serious issues to promote your song is wild…” In response, Latto explained, “Orrrr I took my frustrations to the booth like a RAPPER & using my platform to spread awareness.”

A different user later chimed in, “The point is you’re using it to profit.” The individual further argued, “A real woman would use their power to change something, not to chart on the bubbling under.”

Catching wind of the tweet, Latto fired back, “I actually am donating proceeds.. Yall be the same ones saying ‘why u gotta post everything’ if I do & assume I’m not doing it if I don’t post it lol.” She continued, “However I AM using my power (platform) to make a change regardless shut yo fake woke a** up what are YOU doing???”

“Y’all complain about female rap lacking substance but then say I’m ‘capitalizing’ when I speak on s**t,” the femcee, whose real name is Alyssa Michelle Stephens, wrote in a follow-up tweet. “help me understand???”

“@yitty 100% OF NET PROCEEDS TO @abortionfunds ALL WEEKEND LONG. JULY 2-4. Celebrating freedom on our terms. Liberating Every Damn Body,” the femcee declared. Days prior, the musician announced on Instagram Story, “I’m pledging $500K from my upcoming tour to Planned Parenthood and Abortion Rights.” She added, “@livenation agreed to match — to make it 1 MILLION dollars.”