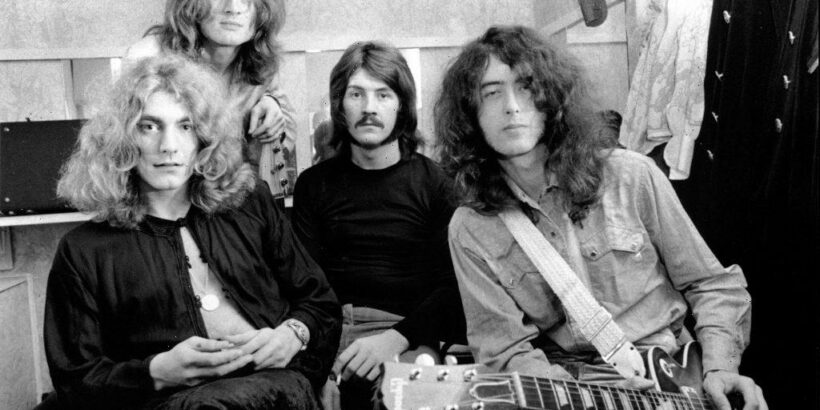 “Weird Al” Yankovic never performed a parody of Led Zeppelin’s “Black Dog.” However, a riff from the track appears in one of Yankovic’s songs. Here’s why Yankovic was able to include a famous Led Zeppelin guitar riff in a song that has essentially nothing to do with the band.

“I knew I couldn’t make my R. Kelly parody any more ridiculous or convoluted than the original, but I believed that I could make it more stupid,” Yankovic told Rolling Stone. “Because that’s where I really shine. So I tried to keep all the overblown drama intact–only now it’s an 11-minute song about a couple getting burgers at the drive-thru, which was the most banal thing I could think of at the time.”

At one point in “Trapped in the Drive-Thru,” the husband turns on the radio. It plays a riff from “Black Dog.” In the music video for the song, the couple is upset by the blast of aggressive rock music and quickly turn off the radio. According to Mental Floss, Yankovic received permission to use one of Led Zeppelin’s songs. “It’s actually quite a coup that I was able to get Led Zeppelin to let me and my band do that little bit of ‘Black Dog’ in ‘Trapped in the Drive-Thru,’” Yankovic said. “They’re famous for not letting people do anything with their music.”