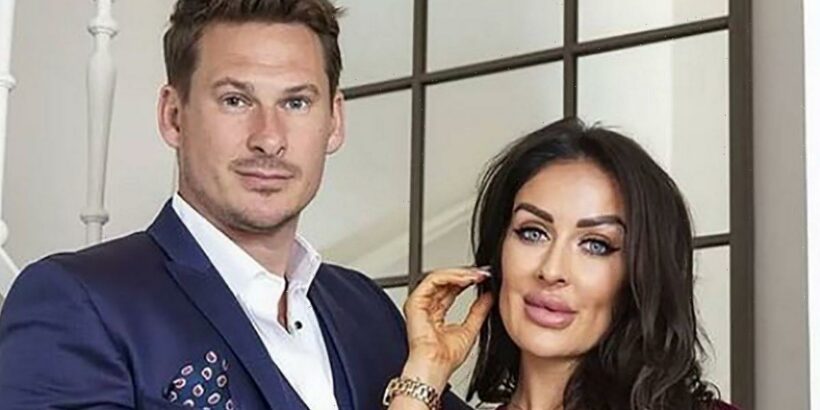 The Blue singer, 38, shares a daughter with the 31-year-old X Factor star – and now the happy couple are also wed.

Months after upping sticks and moving to Spain, the couple enjoyed a sweet ceremony in an intimate registry office in Gibraltar.

Speaking to The Sun, Lee announced the joyous news and gushed that his new wife was the love of his life.

"I met someone finally who loves and supports me in everything I do," he gushed to the publication.

"Verity is a beautiful, strong and loving woman who I treasure, and I’m a lucky man to have such a wonderful mother for my child, and now wife in her."

He explained how his wife keeps him "calm and grounded," adding that he feels the "happiest" he's ever been "because of the wonderful family life I now have."

It seems that the newlyweds enjoyed a lavish yet low-key ceremony with their close family and friends during the week.

Lee and Verity welcomed their first child together into the world last year, a baby girl.

Keeping her name and identity concealed, the couple like to keep their family life out of the spotlight.

Lee also has two other children from previous relationships – Bluebell and Rayn.

Most fans of Lee will know him best from being a total heart-throb in the hit-making band Blue.

He fronted the band alongside trio of hunks – Simon Webbe, Duncan James and Antony Costa.

Taking the world of music by storm in the early noughties, they went their separate ways in 2005.

Staying in the public eye, Ryan ended up dipping his toe into reality TV and appeared on the 13th series ofCelebrity Big Brother in 2014.

In 2017 he landed a role in EastEnders as Woody Woodward and after a short stint he signed a one-year contract with the show.

He later received an Inside Soap Award nomination for Best Newcomer.

Before meeting Verity and subsequently falling head over heels in love, he appeared on Celebs Go Dating back in 2019.

If Verity looks familiar to some, it might be because she auditioned for the X Factor back in 2009.

It's not known when the couple first set eyes on each other, but we do know that the pair moved to Spain last year for a "better quality of life".