Liam Gallagher has offered a rare positive Gallagher family update after meeting his 21-year-old daughter Molly for only the second time ever.

Fans are used to endless stories of in-fighting between Liam and brother Noel, and even their children, but there was positive news last week when Liam and his sons met his long-lost daughter Molly backstage at a Rolling Stones gig.

Liam even took a family photo for Instagram, which you can see below:

The BBC caught up with Liam a few days after the reunion, and it seems that all is still well between him and Molly thus far.

“Molly was there. [It was the] first time… I met her before,” he said. “It was nice to have them all there… she’s a top girl and she’s all good. We’re getting on good, it’s early days and they’re getting on great, the kids and that.”

Molly’s mother is the Kill City singer Lisa Moorish, who had a daughter with Liam while he was still married to Patsy Kensit in the late 1990s. 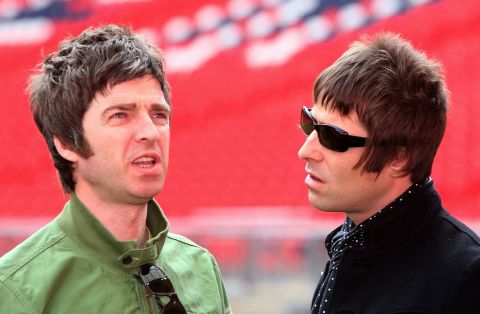 Asked if he was hopeful of continuing a relationship with Molly, Liam told the Beeb: “I hope so, I hope she doesn’t get sick of me, you know what I mean.”

Liam was speaking ahead of his set at BBC Music’s Biggest Weekend, where he topped a bill in Coventry on Saturday (May 26) that also included Stereophonics, Paloma Faith, UB40, Billy Ocean and Snow Patrol on the main stage.