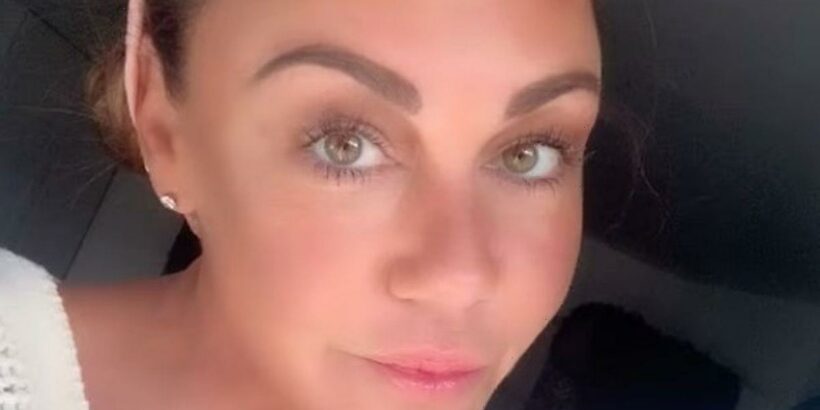 Michelle Heaton has given fans an honest glimpse into her life and the extent of her alcohol addiction.

The 42-year-old singer shared two side-by-side images of herself where they were taken 100 days apart.

In the first photo, Michelle could be seen on the morning where checked herself into rehab.

Meanwhile, in the second photo, the singer looks remarkably healthier giving up alcohol.

The post said: “You are not alone, you are me, I was you! 100 days! Clean and sober! 100 days ago I took this photo, the morning I went into rehab. I remember waking up after yet another night of a party for one, alone by myself in utter madness and chaos.

“100 days on, and I wake up (with still tired eyes), but tired from just a restless sleep, not a drugged up binge.”

“I hate to preach .. but here I go! I’m preaching to the still suffering addict. You are not alone, you are me, I was you!”

She added: “If you are in pain if you are controlled and have become powerless to this disease only YOU can label yourself!

“Admitting you need or want help is the first and hardest step. Let’s beat this! One day at a time. Not for tomorrow, just for today! Help is out there.”

Michelle rounded up the post by adding details of the Alcoholics Anonymous help group.

The Liberty X star recently spoke out about her addiction on ITV’s Loose Women earlier this week.

Michelle admitted she was given just days to live where she said she felt “powerless” to drugs and alcohol.

Speaking about her journey on the ITV daytime show, she confessed: “Three months ago I was on death's door, I was given a couple of days [to live].”

It was at this point during the interview she admitted she didn’t go without a drink for three years.

The singer got emotional when she opened up about going to rehab, she said: “It's the first step and it's the hardest to admit you have a problem and that you're powerless to drugs and alcohol.”

She continued: “I became very very ill, it was a five-year process. About three years it got a bit of a hold on me, I was happy in my addiction.”

“Sometimes it's difficult to say you have an addiction cos at times it feels fun, that's the reality of it, it [alcohol] was my friend in need.”