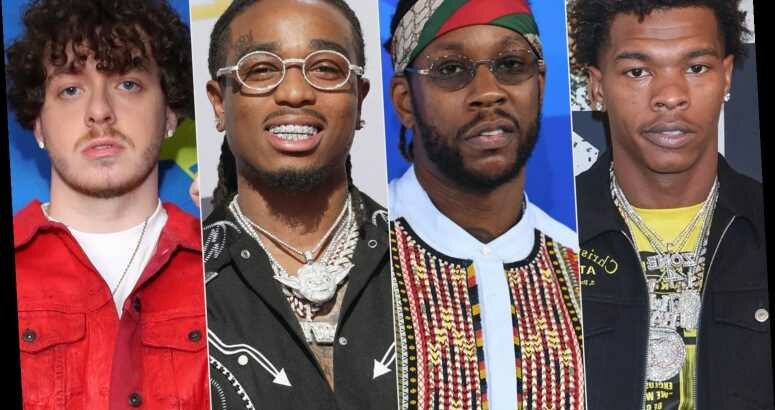 "Yes Indeed!" Lil Baby and 2 Chainz will soon face off against Jack Harlow and Migos' Quavo in a two-on-two basketball game to raise awareness and benefit historically Black colleges and universities.

The four stars will compete in the Bleacher Report's Open Run presented by Modelo Beer on Saturday beginning at 8 p.m. EST — just one day ahead of the NBA All-Star Game. The matchup will be livestreamed exclusively on the Bleacher Report app and the Bleacher Report's official Twitter account. As part of the exciting event, the winning team (at 21 points) will select the HBCU that will receive an undisclosed monetary donation.

Grammy nominee Lil Baby chats with PEOPLE about the star-studded showdown and the importance of Black History Month.

"I definitely want to be involved with as much stuff as I can," says the Atlanta native. "I feel like this is going to be good for my city and my fans." Turns out Lil Baby, 26, has been friends with Quavo, 29, Jack Harlow, 22, and 2 Chainz, 43, for years. The rapper tells PEOPLE, "It's crazy because when they first sent the list [of potential players], 2 Chainz is who I intended to pick anyway. I'm short and he's tall. I just know he can ball."

Lil Baby (né Dominique Armani Jones) and his teammate 2 Chainz (né Tauheed Epps) already have a game plan to defeat their opponents, "We're going to the gym this week. I'm going [on the court] as Player 1 and he's going as Player 2. [As] Player 1, I may be the point guard for instance, so I'll be doing the running around. He's gonna get in the hole and make sure we score as much as we can."

"I feel like we can beat them because No. 1, I can run and I can ball," the Atlanta Hawks and Brooklyn Nets fan explains. "Quaway can ball, but they don't have height. Quavo is kinda long but he's not as long as 2 Chainz, [who is 6"5']."

If Lil Baby and 2 Chainz come out victorious, the Georgian says he will select Spelman College or Morehouse College to receive the lump sum — the brother-sister schools are located in his native city.

"To me, Black excellence means beating the odds doing the unordinary and doing what they said we couldn't do," the star tells PEOPLE. "If you're out in the world and you're living and you're doing everything that a Black person, Black culture or Black people are supposedly not supposed to do, I feel that is Black excellence — doing everything they don't want us to do."

He continues, "But I would like for it to be every month, Black History Month, because people need to [be informed, which] changes your outlook. If you change your outlook, you change the future."

For the dad of two who will be releasing new music in the coming weeks, supporting historically Black colleges and universities is just one of the causes dear to his heart. "I have a soft spot for kids," Jones says. "I love kids because I understand that kids are the future." Bennett Spector, Senior Vice President of Programming at the Bleacher Report details the significance of the celebrity ball game and its charitable component.

"Every decision for this event, from the talent, to the format, to the soundtrack was made through the lens of cultural relevance," says Spector. "We know it was critical to partner with artists who could cut through to create a transcendent moment."

"With All-Star in Atlanta and competitive hoops as the backdrop, it was an obvious choice to pin hip-hop royalty Quavo and 2 Chainz against one another," adds the overseer. "Lil Baby and Jack Harlow are arguably two of the hottest artists on the planet right now."

As for giving back to the Black community, Spector tells PEOPLE, "Contributing to HBCUs represents a long-overdue investment in the Black community. Empowering students at historically Black colleges will help build a foundation for the future leaders in our society."