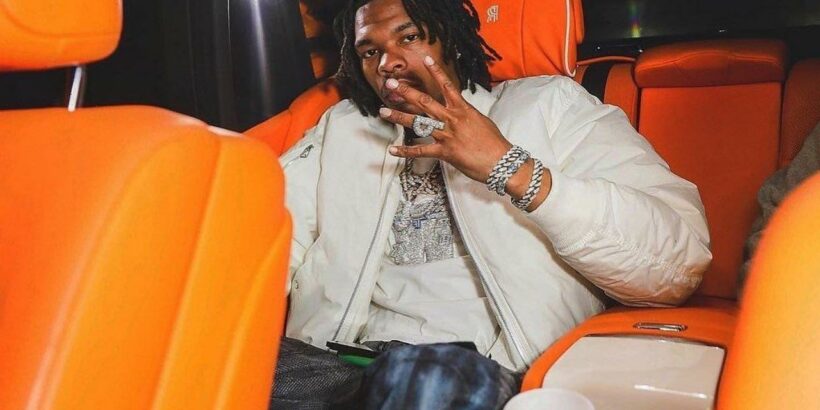 The ‘Drip Too Hard’ rapper was seen partying in Sin City with the likes of Travis Scott and DJ Drama on Sunday, September 18, hours before he bailed on BreakOut Festival.

AceShowbiz –Lil Baby doesn’t want to talk about the incident at his recent show. The “Drip Too Hard” rapper decided to stay mum when he was asked about canceling his performance in Vancouver, Canada and partying in Las Vegas instead.

The emcee was pressed with the question by TMZ while hitting Rodeo Drive in Beverly Hills with a group of friends on Tuesday, September 20. He didn’t say a word before eventually buying Flamin’ Hot Funyons from an ice cream truck.

Baby was supposed to perform at BreakOut Festival on Sunday. Unfortunately, he bailed on the gig, prompting concertgoers to go ballistic. In videos obtained by TMZ, the furious crowd could be seen destroying sections of the PNE Amphitheater, tearing down tents as well as toppling food stands and garbage dumpsters.

It was not until Monday that Baby addressed his absence. “I would like to start off by saying I truly apologize [to] Vancouver, Canada, the Breakout Festival and everyone who was in attendance,” he began his statement shared on Instagram Story.

“I have been going so hard these past few months without any breaks, that it finally caught up with me and my body completely shut down,” the 27-year-old, born Dominique Armani Jones, added. “I owe you guys big time and will, for sure, make up for it soon.”

A representative from the PNE Amphitheatre, meanwhile, told XXL Mag, “Following an announcement that the headliner at BreakOut Festival would not be performing, fans turned their disappointment into anger, doing significant damage to the PNE Amphitheatre and parts of Hastings Park.” The rep added, “Today, our first priority is for the safety and well-being of our staff as many were deeply affected by the reaction of guests and behaviour that ensued.”

However, less than 24 hours before the cancellation, Baby was spotted partying at Las Vegas’s Zouk Nightclub with Travis Scott (II) and DJ Drama to celebrate boxer Canelo Alvarez‘s victory over Gennady Golovkin. In footage surfacing online, he was seen rapping along to 42 Dugg‘s verse from their joint single, “We Paid”.