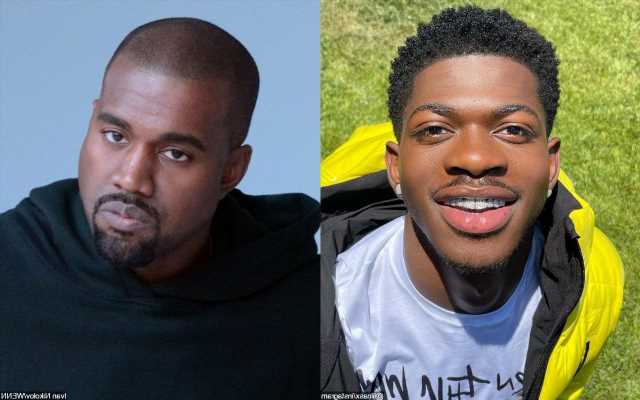 In a teaser for the track, the ‘MONTERO (Call Me by Your Name)’ rapper is seen playing a defendant who is attending a trial as an attempt to joke about his legal issue related to controversial ‘Satan Shoes’.

AceShowbiz –Lil Nas X is set to release a new single this week. On Monday, July 19, the “MONTERO (Call Me by Your Name)” rapper unveiled a Predule teaser of “Industry Baby” which saw him mocking his upcoming Nike trademark infringement trial.

The satirical clip features Nas playing a defendant who is attending a trial in relation to  controversial shoes. During the trial, a lawyer, who is also played by Nas, asks him if he is gay.

To the question, Nas answers, “What does this have something to do with the shoes?” A judge, however, urges the Grammy-winning star to just “answer the question.” The lawyer also asks him if his mom knows if he’s gay, and he replies yes, causing commotion among the jurors.

Before the video ends, the teaser reveals that Nas’ upcoming single is produced by Kanye West. In addition, the new track will feature Jack Harlow. “Industry Baby” is scheduled to be released on July 23.

The teaser arrives after Nas appeared to made light of his legal trouble in a video on his TikTok page. In the said video, which he shared on Sunday, July 18, Nas sported a conflicted facial expression with a court room picture being edited as the background. “The judge tomorrow when I try to flirt with him to avoid going to jail,” so he wrote over the clip.

Nas and New York-based clothing company MSCHF sparked controversy back in March when they released its customized Nike’s classic Air Max ’97s collaboration. Inspired by the spitter’s “MONTERO (Call Me by Your Name)” music video, the “Satan Shoes” contained one drop of human blood in its sole.

Shortly after, Nike sued the MSCHF for trademark infringement and successfully blocked all future sales of the shoes. “MSCHF has agreed to initiate a voluntary recall to buy back any Satan Shoes and Jesus Shoes for their original retail prices, to remove them from circulation,” Nike said in a statement in April.