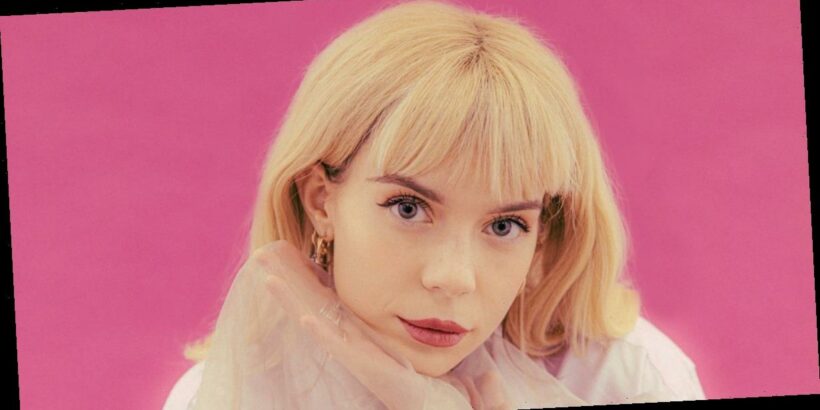 If you need an extra dose of colour added to your life, look no further than promising Liverpool talent Pixey.

The rising star is set to make 2021 her own with her brand of vibrant bedroom pop.

New EP Free To Live In Colour was released to acclaim via tastemaker label Chess Club Records earlier this month as the multi-instrumentalist showcases her dazzling DIY approach to songwriting.

Enlisting Gorillaz and Jamie T collaborator James Dring for additional production duties, Free To Live In Colour us a perfect snapshot into Pixey’s world as she draws inspiration across a spectrum of genres, including dream pop and hardcore breakbeat.

Pixey first found music as a toddler before discovering the likes of Kate Bush and George Harrison. But it was a near fatal viral illness in 2016 that became the catalyst for her multifaceted way of producing pop gems.

During recovery, she threw herself into mastering the guitar and drums, as well as teaching herself how to use Ableton production software.

“That’s was the moment I realised my life didn’t have to be linear and that I’d regret missing my one chance to do something I loved”, she told Daily Star.

Now with a sound that draws sonic inspiration from The Prodigy, The Verve and De La Soul – their classic 3 Feet High and Rising’s sampling technique was an influence – Pixey is ready to take on the world.

Daily Star’s Rory McKeown caught up with Pixey to find out more about Free To Live In Colour, her influences and inspirations, how Liverpool has shaped her output, working with James Dring, and her ultimate goal.

Hey Pixey. You’ve released your new EP Free To Live In Colour. Tell me about its writing and recording process. I understand it was entirely written, recorded and produced in your bedroom.

“Absolutely, the whole record was written, recorded and produced by my in my bedroom just before and during the first lockdown. I’d usually start with a drum beat or riff, then build the whole thing sonically first before adding the lyrics. Then I’d get creative with the production which is my favourite part.”

It seems we all need a bit of colour in our lives right now. How have you found the past 12 months? How’s lockdown been as an artist?

“Lockdown has strangely felt, for me, some of the most productive months of my career so far. When it started I decided I was going to take the time to write as much music as I could and really push myself to improve my skills in production so that’s what I did. Now I’m releasing my EP with Chess Club. Feels surreal!”

The EP is sonically sprawling, seeing you dip into different styles. Was anything influencing you when writing it?

“I always draw from so many different genres when I’m writing, my tunes never stay within one box. I think because I was feeling pent up, you can hear that in some of the lyrics and themes throughout the EP of either just wanting to get up and move or being a little more introspective.”

It also saw Gorillaz and Jamie T collaborator James Dring on additional production. What did he bring to the table and what has he added to your sound?

“James is amazing! He really added the punch and shine the tracks were missing. It was great for me too because he didn’t completely strip and change my tracks, which can sometimes happen when working with other producers. He took the elements of the originals and brought them to another level.”

You’re based in Liverpool – a city with a rich musical heritage. How has it helped shape you as an artist? What’s the scene like there right now?

“Liverpool has influenced me so much as an artist. Obviously the presence of The Beatles throughout my childhood, but also bands like the La’s and Echo and The Bunnymen. I love that noughties sound mixed with 60s style samples which I think is drawn from a lot of local bands. There’s always something exciting going on here, so many exciting female artists coming up which definitely feels about time.”

You’re signed to Chess Club Records, home to the likes of Alfie Templeman and Phoebe Green, as well as notable alumni Wolf Alice and Jungle. How supportive are they as a label?

“The label are so supportive with what I do. My music has taken such a huge leap already and I’m only getting started which blows my mind. Before I got signed I was really struggling trying to do absolutely everything on my own – it feels really good to have a team of people who genuinely want to see you achieve your goals.”

How old were you when you got into music? Was there a moment when you realised this was the path you wanted to take? Do you have any musical heroes?

“I was always knew I enjoyed music, but I never considered it as a career until my near fatal viral illness in 2016. That’s was the moment I realised my life didn’t have to be linear and that I’d regret missing my one chance to do something I loved. I listened to a lot of George Harrison in my recovery, so he’s definitely a musical hero of mine.”

You’ve been backed by the likes of NME, Jack Saunders and The Sunday Times. What does it mean to you to have that support?

“There are no words that could thank them enough for their support. Being a solo female artist who also produces can feel like a challenge sometimes. A welcome challenge, but it feels unbelievable to know other people are beginning to recognise all the work I’ve put it to get this far.”

Do you have an ultimate goal?

“Take on the world with my music!”