The 31-year-old singer’s banger “Truth Hurts” has reached number-one on the Billboard Hot 100. The catchy tune was sitting at number-three until Tuesday morning, when “Truth Hurts” rose to the top and knocked off Camila Cabello and Shawn Mendes‘ “Señorita,” which was at number-one last week.

Making Lizzo’s honor even more special? She’s the first Black solo female R&B artist to earn that spot, according to Rated R&B. What’s more? Fans of the 31-year-old star might recall that “Truth Hurts” debuted two years ago, in September 2017. It gained popularity again after being featured in Netflix’s Someone Great, which was released in April.

Coming off the heels of her Made in America and 2019 MTV VMAs performance, where she also sang “Good As Hell” and took a shot of tequila on stage, the superstar is soaking up this major moment.

“WE’RE NUMBER 1. THIS IS A W FOR ALL OF US,” she captioned her post, and from the all-caps message, she was truly excited about hitting number-one.

She continued, “ANYBODY WHO EVER FELT LIKE THEY VOICE WASN’T HEARD. ANYBODY WHO FELT LIKE THEY WEREN’T GOOD ENOUGH. YOU ARE. WE ARE. CHAMPIONS. I LOVE YALL 3 MUCH. LIZZBIANS UNITE SCROLL TO SEE MY ANNOYING ASS BLOOD SWEAT N TEARS.” 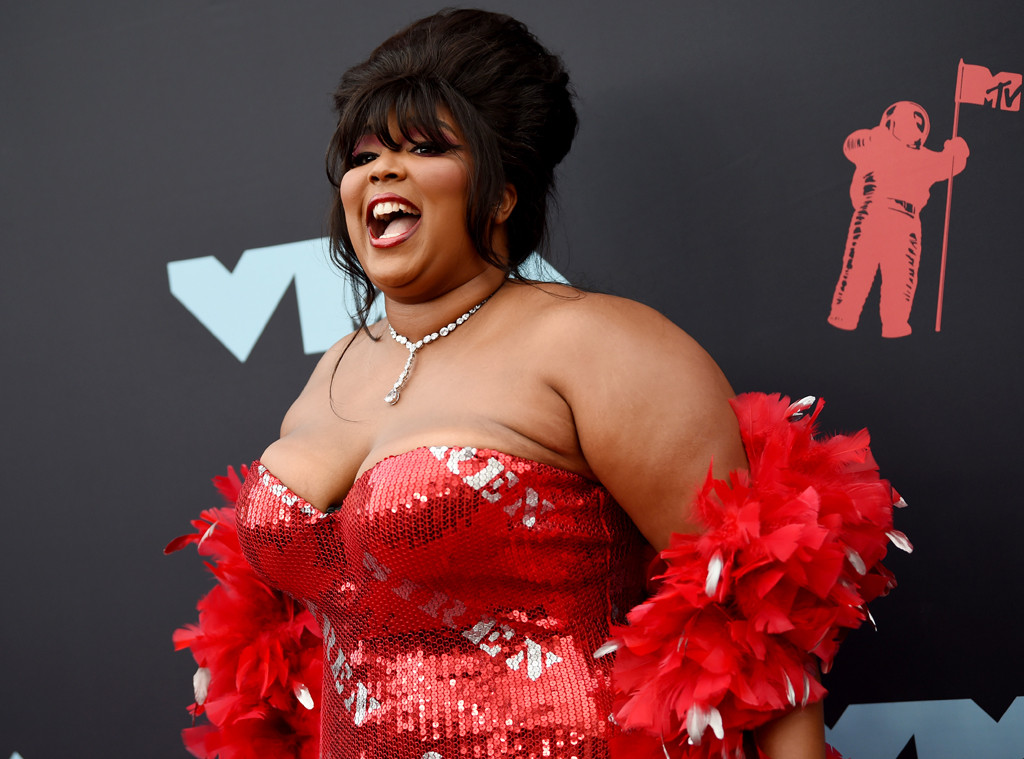 The “Good as Hell” singer also took to Twitter to share the honor with her fans and followers. “100% BLACK & NUMBER 1,” she wrote.

Moreover, the 31-year-old star’s latest accomplishment got praise from Reese Witherspoon, Cardi B, who got emotional over the news, and many more celebs.

“The fact that Lizzo a couple months ago felt underestimated and now she have a #1!!!!BITCH! take that! take that,” the “Press” rapper shared on Twitter. “Makes me emotional It’s the best feeling in the world.”

On that note, we’ll be celebrating Lizzo’s victory by listening to her number-one hit all week long!