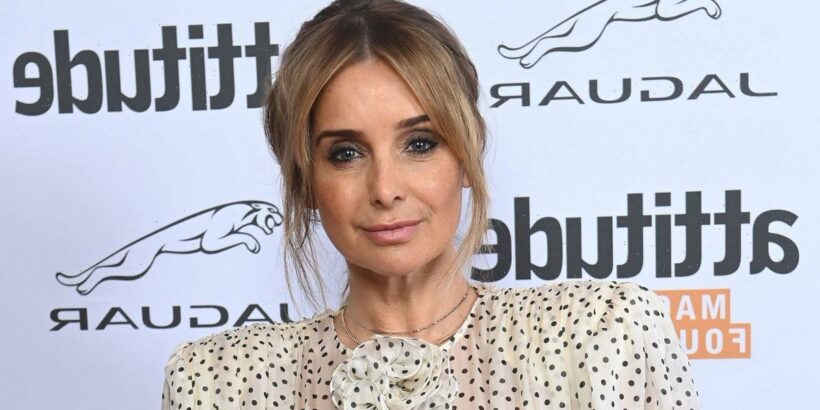 Louise Redknapp has claimed she is "living her best life" as her ex Jamie Redknapp gets set to become a dad again.

The 46-year-old singer posted a video on Instagram at the Attitude Awards showing her dancing to Steps' song One For Sorrow with celeb pals Myleene Klass and PR guru Simon Jones.

She captioned the post: “When your living your best life dancing to @officialsteps”.

The brunette beauty payed homage to the 80s in a black and white polka dot number which boasted shoulder pads and ruched detailing.

The bold statement comes after ex-hubby Jamie Redknapp announced he is expecting a baby boy with his pregnant girlfriend Frida Andersson.

The couple are said to be 'thrilled' and have shared the happy news with their families, as they prepare to welcome their first child together in November.

Louise partied the night away at the glitzy event, posting a series of stunning snaps throughout the evening.

“Great night at the @attitudemag awards thanks for having me,” she said, followed by a heart emoji.

The former Eternal star and ex-Liverpool player Jamie called time on their 19 year marriage back in 2017.

Louise bravely opened up about her struggles following her split with husband Jamie back in February.

Speaking to You magazine the West End star explained: "I didn't want to lose too much of a good feeling.

"Before anyone could stop me, I just ran as fast as the wind would take me. I never once looked behind, until maybe too late.

"I should have paused for a minute and thought about other people and had just a bit more time to work out why I felt I couldn't do it anymore."

Heartbreakingly, she has also admitted she considered "stepping out in front of a bus" when her relationship was over and has praised fans for getting her through her darkest times.

She wrote on Instagram: "It is very difficult opening up as there is so much judgement, lack of compassion and nasty comments in the world today but the one thing I’ve learnt over the last few years is that kindness really can go a long way!”