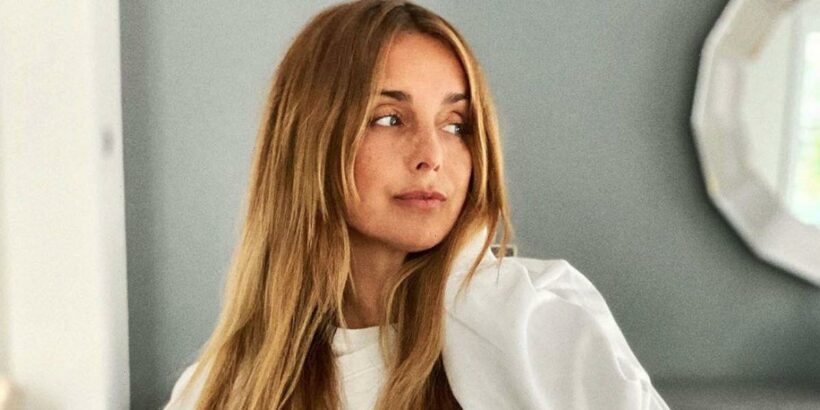 Louise Redknapp has opened up about some advice that her mum gave her on 'having to break' in order to 'come back together' after divorcing her ex-husband Jamie.

The 47-year-old singer and former Strictly Come Dancing contestant has spoken out about a time in her music career after a heartfelt discussion with her mum.

Louise and her mum sat down for a heart to heart, where her mum shared some much-needed and life-changing advice after a turbulent time in the star's life.

Louise spoke about this while discussing her 2019 single, Breaking Back Together, on Steve Anderson's Such A Good Feeling podcast.

Sitting down for a chat with the music producer, he asked her how the hit song, that featured on her Heavy Love album, came about.

The single was part of the album that was the first musical release since her divorce from Jamie Redknapp after 19 years of marriage.

Speaking on the podcast, Louise said that she and her children, Charley, 17 and Beau, 13, were staying at her mum's "tiny little house" and they were "crammed in the kitchen, around a tiny table".

Touching on how she would often sit down for intimate chats with her mum, she liked to be to reassured by her that "everything was gonna be alright".

Louise opened up to the host and listeners at home, when she said: "She [Louise's mum] said to me, 'You know what Lou, sometimes you have to break to come back together. You are going to have to accept that this isn't gonna go away overnight'."

Feeling inspired by her mum's words, Louise drove to the recording studio, putting pen to paper and her voice to the microphone.

She went on to say that most of that album came about because her mum said something about "breaking back together".

Host, Steve joked that Louise's mum should get some royalties for helping her with inspiration for her album, but Louise laughed and opposed the idea.

And hopefully she won't be too put out, and will continue to inspire Louise in future!