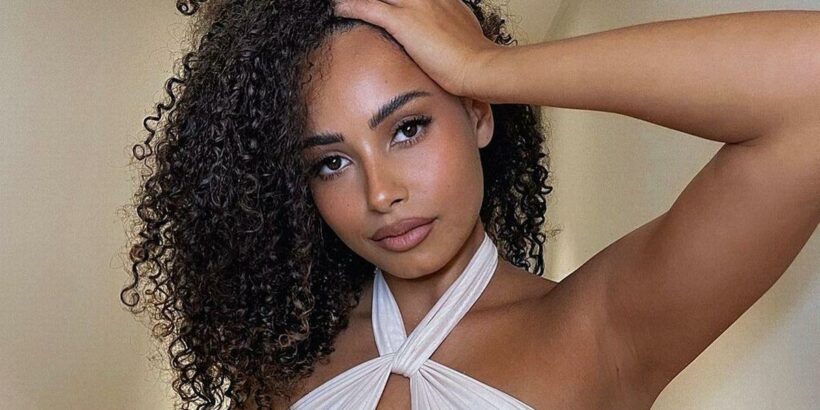 Love Island champ Amber Gill has been targeted by trolls over claims she was one of England footballer Jack Grealish’s hat-trick of dates.

The £100million Manchester City star was reportedly at the centre of a love rectangle after it was claimed he was seeing both Amber and TV star Emily Atack while still with long-term partner Sasha Attwood.

Keyboard warriors wasted no time in turning their attention to Amber, 24, after one of her pals claimed the footballer charmed her online leading to several secret dates.

"You’re upset he was seeing someone else as well!?

Another said: "The man is worth a hundred million, an international millionaire footballer…are you joking? She would have been desperate to get with him.’"

A Twitter troll penned: "Get your own man and leave Sasha’s alone.’"

On Thursday, Amber posted a video on Instagram Stories denying she was involved with Grealish – and claiming the lies had `ruined’ the "actual s***’ she had `got going on".

Filming herself with a pal the 2015 Love Island winner fumed: "Any relationships that I’ve got going on or any dating get ruined immediately by people going, `This is who she’s dating now’.

The former beautician captioned the post: “You wanted to know who I was really dating.

"You’ll never find out because of this kind of s*** everyday. Stop lying!"

Amber was linked to Grealish, 26, after one of her pals claimed the pair had met up `several times over the past few months’ since meeting online.

Though the friend claimed it was `never a proper relationship’ she said Amber found it `very disappointing’ and saw it as `a lot less glamorous’ after the footballer was also linked to Celebrity Juice star Emily.

The 31-year-old former Inbetweeners actress was herself trolled over the claims.

She was branded a `tramp’ and `homewrecker’ with the `morals of an alley cat’.

Model and influencer Sasha, 25, Jack’s on-off girlfriend since their teens, reportedly wants to know if they still have a future.

Emily’s spokesman declined to comment on claims she had been dating Grealish last night (thurs).

Jack, Amber and Sasha did not respond to requests for comment.