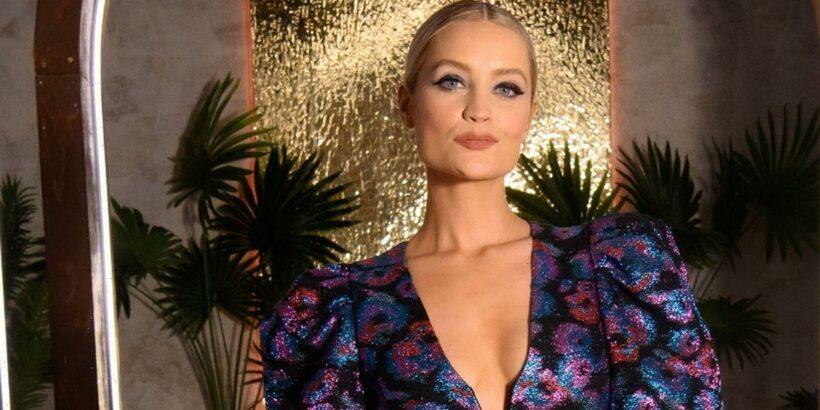 Samira Mighty has revealed she thinks Laura Whitmore should stay on as the host of Love Island but has revealed who should replace her if it came to it.

The former Islander who appeared on season four of the show back in 2018 fiercely defended Laura after many fans had hit out at the presenter in recent weeks.

Laura had been surrounded by controversy after an episode of Love Island Aftersun raked in over 400 Ofcom complaints about comments made towards contestants.

But this doesn't seem to have fazed Samira who thinks the mum-of-one should remain in her position on the ITV2 dating show.

Speaking exclusively to Daily Star, Samira said: "I don't think Laura needs to be replaced to be honest.

"This is her job, she's a host, obviously it's a different vibe from what we've had over the past couple of years with Caroline [Flack].

This year, Laura has appeared in the villa less frequently than in previous years, with songstress Samira also explaining that she saw Caroline on a regular basis.

Reflecting on what the presenter of Love Island should be like, she said: "I feel like as a host you need to have a filter.

"You need to be a best friend to the Islanders and that's definitely what I felt with Caroline – we saw her loads, I don't think they show the host as much in these ones.

"We saw her loads and loads and what you felt was a friend, you could be standing there being up against the public and she'd look at you and be like 'You ok? you good?' and you feel grounded and warm, not scared."

The I Love Your Smile singer continued: "She was such a nice person and she actually really cared, if they wanted to get another host, I really don't know [who could take the job].

"But I'd take a stab at it, I used to host my own show on Facebook Live when I came out [of the villa].

"Caroline was Love Island for me, she was the brand, the face and the name but it's a different show."

Despite finally making a name for herself in the music industry, Samira explained that she wasn't nervous, saying: "There's adults, children, older people, anyone will love the song.

"I think it was just a given because everyone knows it, it's such a nice summer vibe after the past couple of years we've had and I think it's nice to have a nice message in a song and also be able to dance to it.

"Obviously there's always nerves going into changing your career, this is what I've always wanted to do and it's such a good intro to my singing career because it's such a fun song.

"I was a little bit nervous about going into the industry but this is something I've always wanted to do and I feel like I'm meant to be doing it, Im not too sceptical about it."