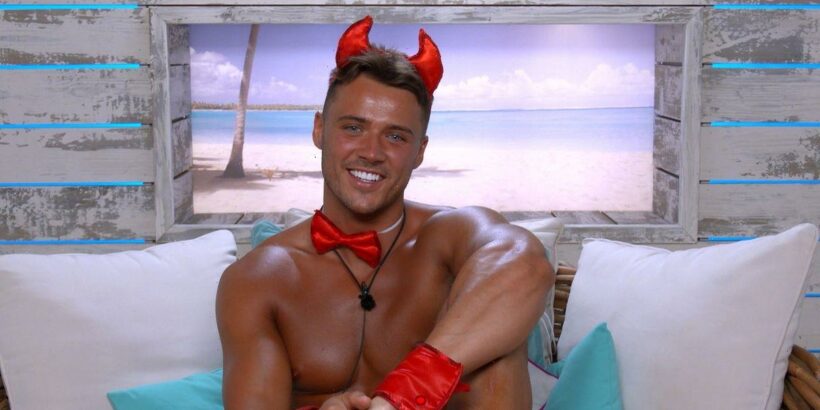 Love Island star Anna Vakili has revealed who she thinks will be the next islander to be dumped from the villa – and it's sexy northern tradesman Brad McClelland.

This comes as brunette beauty Anna dished out the gossip on all the new Islanders during an exclusive interview with the Daily Star during a Facebook Live chat on Friday.

It also follows the savage Page 3 girl Shannon Sing's brutal booting from the villa after just two days on the show since the new series returned on Monday (28 June) – with Shannon recently admitting she was "gutted" after breaking her silence on the quick exit.

Speaking to the Daily Star's Carly Hacon, Anna was asked about who she thought will be the next sexy singleton to receive the savage early boot from the show.

And villa expert Anna – who joined us as a Love Island pundit to give her "no filter" insight on the show for the new series – didn't hold back.

She told the us: "I think Brad's going to get dumped, you know.

"Which is such a shame because he is the most eye candy [Islander] in there. He's so good to look at. Even though I don't understand a word he says.

"But I think that Brad is going to get dumped."

She also added that she thought Chloe could ditch Brad for Chuggs – one of the new Islanders who entered the villa on Wednesday (01 July).

Hunky labourer from Northumberland Brad, 26, jetted off to the villa from after being single for two years, and so far he's had a bit of a rocky time in the sun given his heated feud with Faye – his partner on the island from day one.

During their fiery exchange by the infamous fire pit at the end of episode 2, Faye was raging at Brad – who's head was turned by bombshell Chloe Burrows – after she felt like he was treating her like a "d*ck".

Anna went on to slam Brad for the way he treated Faye, saying he was "bang out of order" for choosing her as the least attractive.

She commented: "When he did that I thought it was bang out of order because I feel like she is definitely not the person he fancies the least so why is he doing that?

"He's just doing that as a dig and I thought that was quite immature of him".

Love Island continues at 9pm on ITV2 and ITV Hub