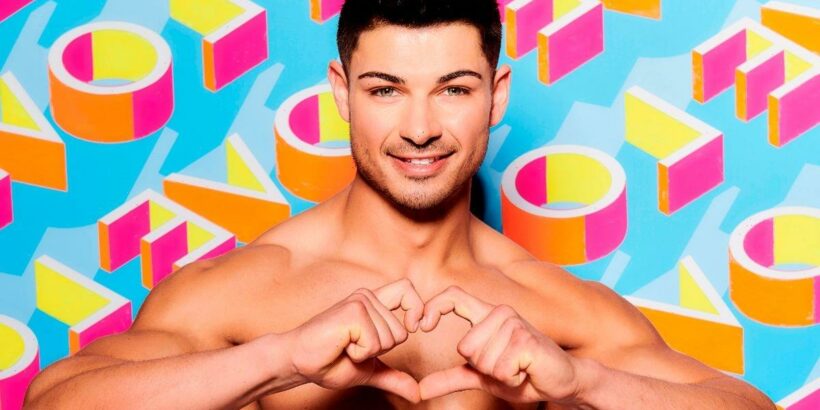 Love Island fans will remember Anton Danyluk from his time in the villa in 2018, but they might not recognise the star now.

Handsome Anton landed in the Love Island villa during Series 5 of the ITV2 dating show, where he appeared alongside fellow stars like Amber Gill, Molly-Mae Hague and Tommy Fury.

However, the 25-year-old hunk looked dramatically different when he revealed a brooding social media snap – with his sharply chiseled face and longer, greased back hair.

Embracing his sexy new look, Anton sported a stripy black shirt as he shot a steamy smoulder into the distance.

Taking to Instagram in front of his 1 million followers, Anton admitted he was feeling "grateful" for everything in his life.

Alongside the snap, Anton teased his latest project – which is a self-help book called 50 Steps to the Best Version of Yourself.

It comes two years after leaving the show, where he was frequently 'friend zoned' by the female Islanders and was famously coupled up with his co-star Belle Hassan.

Anton penned: "Grateful for everything in my life…

In Anton's self-help book, he encourages his fans to work on themselves every day in order to improve their lives.

He's also opened up about his own emotions from the past.

Anton, who is a successful gym owner, confessed that fame really got to his head when he left the Love Island villa.

He told the Daily Star: "When I came out of Love Island, I got caught up in the fame.

"I think I had the most PAs out of all the guys – 85 in 90 days. It was pretty intense, people were screaming for me.

"I couldn’t go anywhere without security, it was crazy.

"I definitely got caught up in the lifestyle, in that bubble. I was drinking more than I ever would."

He explained that his mum Sherie helped to keep him grounded throughout the chaotic time after leaving the show.

He went on: "I came home when I had a day off in between my PAs. After I had dinner with my mum, I just got up and walked away from the table," he added.

"It’s not something I would ever do – I was taught you clear your plates, you tidy up – and my mum said, 'What are you doing? Get your plate in the dishwasher, you’re not a f***ing celebrity in this house'.

"And I just thought, 'Why have I done that?’ She’s always good at pulling me back."

Anton thought that his fame and whopping Instagram following would make him happy – but admits none of it didn't make him any happier than he was before.

But now he feels much happier, thanks to having a good group of people around him.

He said: "I thought having a million followers, having the fame and all that would make you happy but it doesn’t,".

"I’m realising just having a good solid group of friends around you, people that love you, enough money to do the things you want to do – I’m happy."