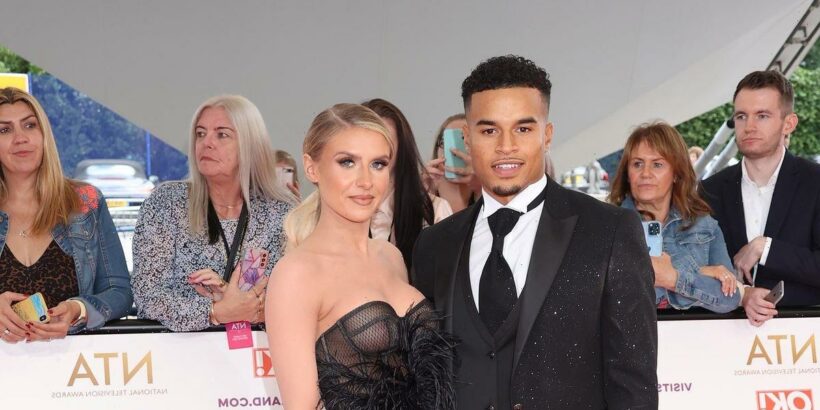 The pair landed second place on the ITV2 dating show in 2021 – but just 13 months after the live final the duo have reportedly gone their separate ways.

Chloe, 27, has now jetted off on holiday with her best pal Millie Court who came first place in the same year – and Chloe has praised her pal for booking the trip so swiftly and last minute.

MailOnline has reported that Chloe jetted off on holiday to escape her breakup as she and Toby, 23, are still living at their Essex home but making arrangements to separate.

A source told the publication: "Chloe and Toby put everything into their relationship – but it just hasn't worked out between them."

It was reported that the pair have "grown apart", adding that Chloe found the split "difficult" and opted for a break as she headed off with Millie.

Chloe said that she told her pal that she wanted to go to Morocco for a week and Millie booked it all, with Chloe adding: "Millie Court deserves the f*****g world" in a tweet.

Both the Love Island stars are yet to provide any update on their split just yet.

Chloe and Toby met on the popular ITV2 dating show and they were off to a rocky start to say the least with the latter testing out his connection with multiple women in the villa.

However, after Casa Amor and the pair eventually found their way back together, things were on the up as their romance went from strength to strength.

The duo moved in together soon after they left the show as they took up residence in Essex so they could focus on work in London.

Despite appearing happier than ever and filming YouTube videos and their podcast together, the duo have reportedly come to the end of their romance.

Chloe and Toby reached the Love Island final and landed second place to Millie Court and Liam Reardon, who recently announced their split.

They beat fellow contestants Kaz Kamwi and Tyler Cruickshank who split last year, and Faye Winter and Teddy Soares who remain the only couple from the series still together.

Daily Star has contacted representatives of Chloe and Toby for comment.