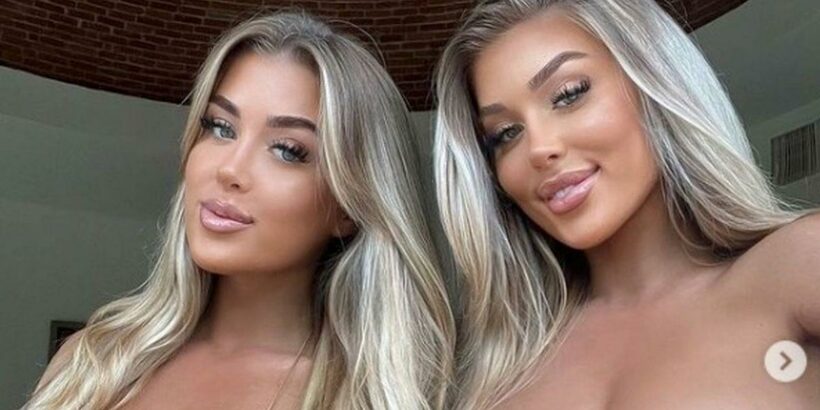 Love Island contestants Eve and Jess Gale got pulses racing after they uploaded a couple of pictures of themselves together, wearing skimpy swimwear.

The twins' Instagram followers are no strangers to seeing the pair in tiny swimsuits following their 2020 stint on Love Island.

But their followers still flocked to the post to share their appreciation, with the snaps receiving over 17,000 likes.

Jess and Eve made sure they were twinning in matching neutral bikinis.

Eve donned a blush coloured two piece, wearing the top as a bandeau, tightening the straps across her chest.

Jess opted for a cream coloured set, the tiny triangle bikini top flaunting her cleavage, which she paired with a string bikini bottom.

The twins sported a golden tan and wore their ashy, highlighted hair down.

Both girls' make-up was flawless, complete with thick eyelashes and neutral, shimmering lipgloss.

They captioned the images: "Us".

One follower said: "Both hot and gorgeous (heart emojis)."

The pair had tagged the location as Mexico, where they appeared to be on holiday.

Eve and Jess have been jetting off to different luxury holiday locations recently, and have appeared to have visited Mykonos, Malta, and the Maldives.

They appeared on Love Island in the winter edition in 2020, as bombshells.

They were expected to shake things up, but Eve only lasted six days on the show, with Jess finishing in fourth place.