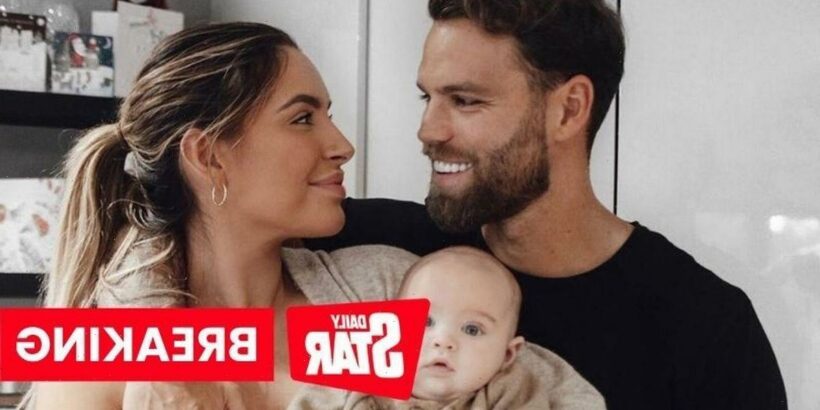 Love Island stars Jessica Shears and Dom Lever are set to become parents for the second time after they announced that Jess is pregnant.

Jess, 28, shared the exciting news on Instagram as she posted a photo which showed their son Presley being carried above her growing bump.

The brunette beauty wore a dark beige bodysuit which hugged her pregnant curves, while her son Presley wore a similar coloured long-sleeved top.

The little lad could be seen reaching his hand out to his mother's hair as she gazed at him sweetly.

The expecting mother shared a few more photos too which showed her with Dom and their little boy, while she caressed her bump.

Jessica wrote in the caption to her 1.1million followers: "Another one to love. Baby No2 due in June."

Meanwhile, Dom shared a video full of footage of Jess's pregnancy so far.

One clip showed a positive pregnancy test Jess explained was taken one or two weeks into the pregnancy.

Another saw her having an ultrasound scan, while a different clip showed Presley kissing his mum's blossoming bump.

Dom, Jess and Presley also posed with a dog for a complete family photo.

The happy family have already been inundated with congratulatory messages from fans and friends alike.

Jess and Dom were part of the third series of Love Island in 2017 and fell head over heels in front of the nation.

Jess, who had to take a man from another girl as she was the late arrival, coupled up with Dom, meaning Montana Brown was left on her own.

Jessica was eliminated from the villa on Day 17, and Dom was dumped from the show on Day 28 – but they kept things going strong and have been happy together ever since.