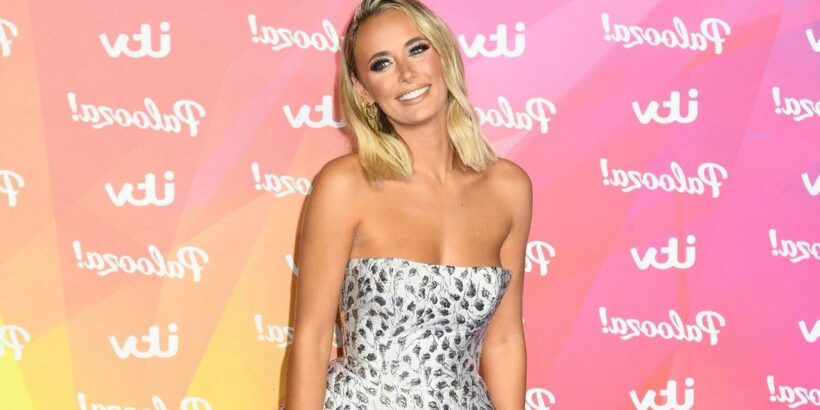 Love Island winner Millie Court has shared some snaps of her rarely-seen lookalike mum as the pair enjoyed a glamorous lunch date.

The reality star looked stunning as she dined with her mum Esme, 56, posing with huge eyelashes and wearing matching nude lipstick.

Millie's mum even mirrored her model daughter's long bob hair style that she became famous for on the ITV2 dating show.

READ MORE: Megan Barton Hanson spills out of teeny bikini as she says she's 'put on so much weight'

The pair appeared to be enjoying some relaxing family time together after Millie announced her split from Liam Reardon, her winning partner on the show.

Millie recently revealed she is single after splitting with the Welshman and moved out of her £1million Essex home following her split.

During an Instagram Q&A, Millie was asked what it was like to live on her own following the breakup.

She shared a photo of the stunning countryside view from her window and wrote: "I mean it’s not the best thing in the world [at the moment].

"I need to start loving my own company again. Sometimes I do, but majority of the time I have people over or I’m out to keep myself busy. I’ll get there eventually."

She added: "I’ll be moving out of this place hopefully towards the end of the year, fresh start for 2023."

She also opened up about how the split has impacted her mental health.

The 25-year-old went on: "I need to start loving my own company again. Sometimes I do, but majority of the time I have people over or I’m out to keep myself busy. I’ll get there eventually." Looking to the future, Millie revealed she's hopeful that her mental health will improve. "I’ll be moving out of this place hopefully towards the end of the year, fresh start for 2023," she added.

In July, the winning couple took to social media to announce they had decided to separate after almost a year of dating. "Hi everyone, to avoid any speculation Liam and I wanted to share with you that we have separated it’s been a tough decision and I am gutted but it’s ultimately what is best for us right now," Millie said in a post on Instagram.

"Thank you to every single one of you for supporting our relationship. Nothing will ever take away from the amazing experience we shared in Love Island and the past year and I wish Liam all the best in everything he does," she continued. "We’re both ready for new chapters and I’m excited for what’s next."