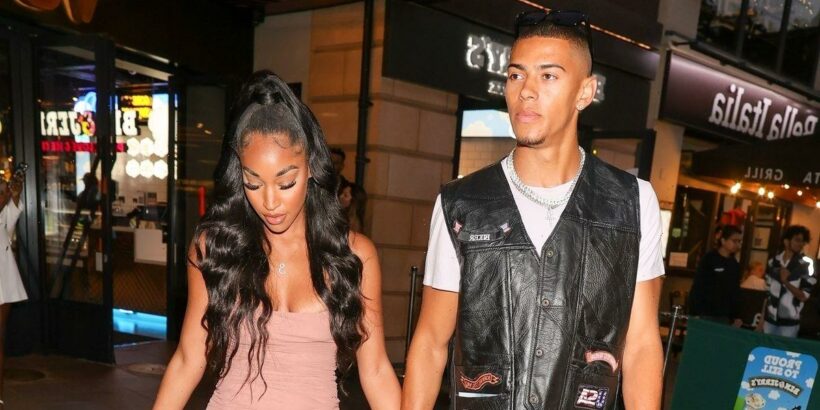 Love Island's Summer Botwe and Josh Samuel Le Grove have seemingly confirmed their rumoured romance after stepping out together hand-in-hand.

The two Casa Amor bombshells hinted that there was chemistry between them when they appeared on Love Island's After Sun with Laura Whitmore on Sunday night.

They even headed on a date while on the live ITV2 spin-off show.

READ NEXT: Love Island star hit 'rock bottom' after islanders were sent in to 'rattle' her

Josh was dumped from the Love Island villa alongside Coco Lodge during July 15's shocking episode, while Summer was dumped alongside Billy Brown during the VIP party last week.

But now it seems that despite leaving the villa and flying out of Spain, summer isn't over for this pair of stars.

Summer and Josh have since been in touch, with the hunky bombshell explaining that he couldn't "wait to see" what happened next between the unlikely pairing while on the ITV2 spin-off show with host Laura.

He didn't have to wait long because just 48 hours later, he was snapped with Summer as the pair stepped out hand-in-hand in the capital city.

The stunning TV stars, both 22, were both dressed to impress while attending a screening for The Prey in London.

Summer looked incredibly chic while donning a peach fitted dress that accentuated her curves, with her hair half up and half down, and a glam makeup look.

She paired the uber glam look with strappy white heels and silver jewellery.

Josh looked great too as he donned black pleather trousers, red and white sneakers, a plain white t-shirt, a pleather waistcoat, silver jewellery and some sunglasses atop his head.

While in the villa Summer was coupled with Dami Hope for a short while before he decided to rekindle his romance with long-time lover Indiyah Polack.

Josh coupled up with Danica Taylor, but the pair broke things off when they weren't feeling the chemistry.

Love Island airs weeknights at 9pm on ITV2 and ITVHub, with Unseen Bits airing on Saturday at 9pm and After Sun airing on Sunday at 10pm.