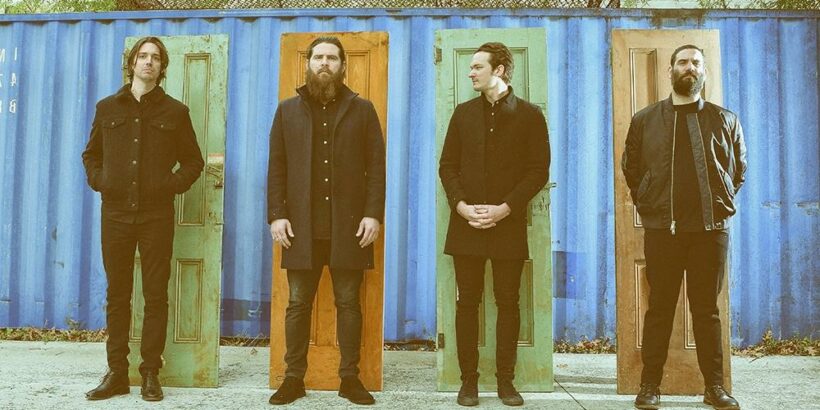 Death. The very word causes us to recoil. The great unknown and permanence of it all. Yet, loss is such a fundamental part of life. Death defines the human condition. There is no escape from it. It fuels our loves, our ambitions, our priorities. We frequently fear it. But we ultimately must come to terms with it. If nothing else, seemingly immortal Charlie Watts’ death yesterday underscores that point.

We rarely talk about death in any deep, meaningful sense in our everyday worlds of entertainment that teem with youth and life. We leave that to the artists. We always have. From Mozart’s Requiem to Elton John’s Candle In The Wind, it’s frequently their words — their music — that give us our own individual ways of grappling with the seeming finality of mortality. Music gives gravitas. Music captures complexity. Music gives us comfort and opportunities to reflect. Music, strangely, listens and understands in those inconsolable moments (when we feel that others around us don’t).

Indie band Manchester Orchestra’s brilliant, and frequently sublime, latest album “The Million Masks of God” (their sixth) captures all of this. Love and loss permeate it, precisely because lead guitarist Robert McDowell’s father lost his six-year battle to cancer as the band recorded it. Consider the album the band’s eulogy to him (processing “a weight on my shoulder” he tells me), one that especially moved me because I too recently lost a parent to cancer — my mother Eva. And what got me through her final weeks — what resonated with me on a deeply personal level — is that album. I played it on endless shuffle as I drove to and from the hospice.

I spoke with Robert and lead singer, guitarist and songwriter Andy Hull yesterday to explore these themes, just after the news of Watts broke. It is a true family affair. They are brothers-in-law after all. Even Andy’s 5-year-old daughter finds her voice on the album to underscore early innocence in the midst of songs that range from birth to the afterlife.

The album’s title comes from a poem that Andy stumbled upon and immediately resonated with both, but for very different reasons. “I was really struck by the poem’s phrasing,” Andy tells me. “I really liked the idea that as you get older, understanding that God is in everything everywhere instead of being so angry that you aren’t talking to him face to face. Then Rob liked the idea of masking God. Of things getting in the way.”

But our conversation focused not so much about their own inspirations. Rather, we explored the power of songs on audiences, and how lyrics hold infinite meanings. “That’s the exciting thing to know: that however many hundreds or thousands of people hear a song, it can mean anything to anyone and it’s just healing to them,” says Robert. Exhibit A: Me.

We talked about permanence in a context that most definitely is not — how music offers a safe, timeless place to go to breathe life into memories of our loved ones and extend their legacies. Songs reflect memories. Moments in time. Moments in lives. “What I do is a kind of a time stamp,” says Andy. Music is “a relic that you can study and understand what was happening at that moment. I can pinpoint every time that I heard a specific song that dropped my jaw.” He gives me the unexpected example of Icelandic poster child Bjork and her song “It’s Not Up To You.”  “It was like God talked to me.”

Ultimately, says Andy, the album’s protagonist challenges us, “Alright, you finished the race. What did you do? Were you spending the whole time trying to impress people by what your outer image was or how you were perceived? Or were you working on what is underneath and can’t be washed off?” Andy’s lyrics on stand-out track “Angel of Death” punctuate that point. “There’s a lot of self-acceptance and getting rid of some weird unnecessary guilt. That it is okay to grow and learn. And if you don’t, then what’s the point?” In other words, a simple, uplifting message of redemption — and a cathartic understanding that loss need not lead to hopelessness.

In fact, the opposite can be true — and is with Manchester Orchestra. Robert makes this point. “Especially during Covid times where we are existing in a bubble, we are very happy to love each other and be around each other,” he says. And that’s ultimately what the band’s album is all about. And yes, there is even time for unexpected bursts amidst the sorrow. “I listened to Electro-Shock Blues by Eels last night,” Robert laughs, as he reflects on that album steeped in tragedy. “I just needed to feel! I needed to hit the reset button!”

Sometimes you just need to hear a song about loss to wake you up.