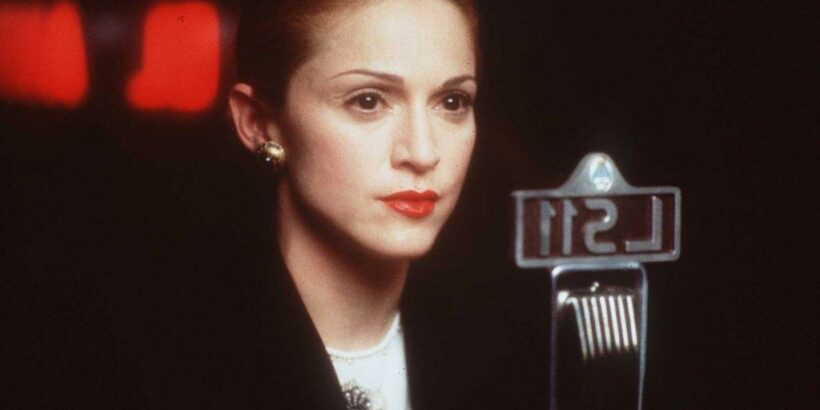 Madonna burst onto the music scene in the early 1980s and rose to worldwide stardom with hit songs including “Material Girl,” “Like a Virgin,” and “Vogue.” When she was cast as former Argentinian First Lady Eva Perón in the movie musical Evita, it was a new challenge for Madonna that she was continually surprised by.

When Andrew Lloyd Webber’s hit stage musical Evita was first being conceptualized as a movie, actors including Michelle Pfeiffer, Meryl Streep, and Glenn Close were being considered to play Perón. But Madonna was passionate about telling Perón’s story, and ended up writing a heartfelt letter to the film’s director, Alan Parker.

After she got the role, Madonna was committed to getting into character. She took tango lessons and began immersing herself in Argentine culture. She even wore brown contact lenses and had a bridge put on her teeth to hide her iconic tooth gap.

Madonna chronicled her feelings throughout the process in a diary. Her diary entries were later published by Vanity Fair in November 1996, one month before the movie’s release.

In one entry, she recounted filming the movie’s most iconic scene: when Perón greets her adoring fans from the balcony of the presidential palace and sings “Don’t Cry For Me, Argentina.”

“Last night was like a dream and yet it happened so easily and effortlessly I have to keep pinching myself to make sure that I haven’t imagined it. Last night I walked out on the balcony of the Casa Rosada in front of thousands of people and sang ‘Don’t Cry for Me, Argentina,’” Madonna wrote.

“In the exact place she had stood so many times before, I raised my arms and looked into the hungry eyes of humanity, and at that moment I felt her enter my body like a heat missile, starting with my feet, traveling up my spine, and flying out my fingertips, into the air, out to the people, and back up to heaven,” she continued.

“Afterward I could not speak and I was so happy. But I felt a great sadness too. Because she is haunting me. She is pushing me to feel things.”

Madonna fought to film ‘Don’t Cry For Me, Argentina’ on the famous Casa Rosada balcony

While filming on the iconic balcony of the Casa Rosada was a dream come true for Madonna, it was something that almost didn’t happen. When she was in Argentina, Madonna met with the president at the time, Carlos Menem. The film crew had been forbidden from filming scenes of the movie — specifically, “Don’t Cry For Me, Argentina” — at the Casa Rosada.

She recounted a conversation where she seemed to change his mind.

“We started to talk about reincarnation and God and psychic phenomena and he said he believed in the power of magic,” she continued. “He said one always has to have faith in the things that cannot be explained. Like God. And I thought of a line in The Alchemist that goes something like, ‘If you want something bad enough the whole earth conspires to help you get it.’ And I took a deep breath and said, ‘Yes, that’s why I believe that you will change your mind and allow us to film on the balcony of the Casa Rosada.’”

“The whole table went quiet and he looked at me for a moment and said, ‘Anything is possible,’” she remembered. “My heart was in my shoe.”