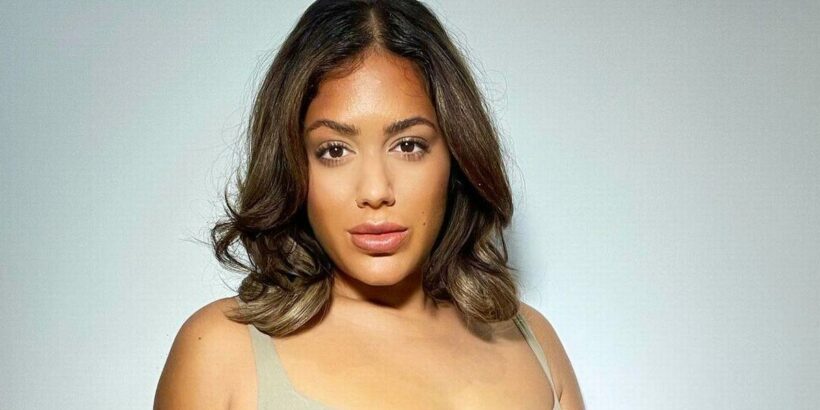 Pregnant Love Island star Malin Andersson has opened up to fans about a baby "scare" after she began "bleeding" – but insisted the "angels have got us".

Malin announced her pregnancy with partner Jared earlier in August, announcing that her new baby's due date fell on the same day as her late daughter Consy's, who died at four weeks old after being born premature.

"Me and baby are absolutely fine but had a little scare as I was bleeding yesterday and I didn’t have much movement.

"But after being checked out all is ok."

She added: "I thought to myself. Nope. This is definitely not happening. Not this time.

"Angels have got us for sure.

"Pregnancy after loss is so difficult. Not gonna lie to you all."

Malin has spoken previously about her fears for her unborn baby, admitting that she has to remind herself that her pregnancy is not "too good to be true".

Malin has also been seeking therapy to help cope with her "unresolved feelings and pain" of losing Consy and subsequently suffering a miscarriage two years after her death.

Malin also opened up on the "trauma" she suffered in a new video posted to her Instagram account, explaining: "So many mixed feelings and uncertainty came from my mind because of what’s happened in the past with me, and I remember seeing the [pregnancy] test and being like 'Oh my God', you know like what, it’s a crazy feeling.

"I think the first two months was me in a bubble and I remember travelling on holiday and I was super hormonal, I was tired, I felt sick.

"A lot of it was me in constant fear and doubt. The first three months of pregnancy, you’re more likely to miscarry and I think we all as women have fear in that first three months because they say you're in that 'unsafe' bit then."

Malin explained that despite feeling better as time goes on, she still suffers from the intrusive thoughts that often come along with Obsessive Compulsive Disorder and trauma.

She continued: "Moving forward I feel so much better, so much different. However I still have those OCD intrusive thoughts and that’s something I’ve been suffering with quite a lot and that is grieving little Consy.

"It’s a difficult one, because grief is a funny thing as we all know. Grief can come, grief can go.

"For me I tend to block it out sometimes when I'm busy, and when you’re pregnant you’re not so busy because you just want to relax.

"I've been taking it easy for the past two months, and all these feelings from Consy just circled up right away, all these fears and doubts.

"Honestly the most f***ed up thoughts have been going through my head."

Malin said: "But it’s normal, and I am told and I have to tell you all that OCD intrusive thoughts are normal, especially if you’ve gone through trauma.

"Now I’ve been going through complex PTSD and so when I was facing domestic abuse during my pregnancy that was also something massively triggering for me and my current partner now, and it made things difficult for me because I was just super protective."

If you have been affected by this story, advice and support can be found at Sands (stillbirth and neonatal death charity). You can call them on 0808 164 3332 or email [email protected]