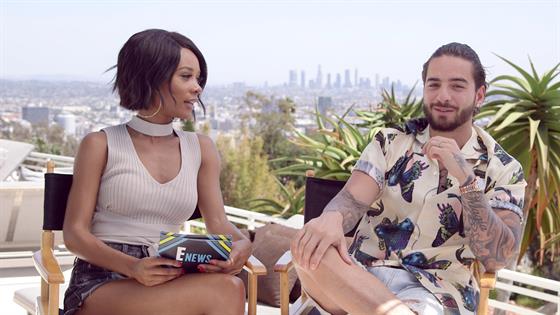 But before Maluma dropped his third studio album, we sat down the with the 24-year-old singer to talk about everything from collaborations to acting.

In January 2017, fans of both the Colombian star and Selena Gomez lost it a bit when the singers started to follow each other on Instagram.

Aside from liking each other’s pics, the “Back to You” singer also posted a photo with the caption, “Vente pa’ ca.”

That also happens to be the title of Maluma’s song with Ricky Martin. Enough to make fans elated and assume that a musical collaboration was in the works.

And according to Maluma, their fans were onto something. 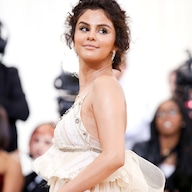 Maluma: Get to Know the Bilingual F.A.M.E. Singer

While Maluma has already worked with huge crossover stars like Martin and Shakira, he’s got his eyes set on one day working with Justin Timberlake.

Are you loving F.A.M.E? Sound off in the comments below!