Hot off a busy few weeks that have seen her set new streaming records for a female country artist and rack up nominations at the CMT Music Awards, Maren Morris looks back on her rise to stardom with the help of Busbee and Miranda Lambert in a new episode of YouTube’s Artist Spotlight Stories.

The 15-minute mini-documentary includes home videos from Morris’ childhood in Texas, including footage of her playing at Johnny High’s Country Music Revue in Arlington. Other collaborators like Zedd and her husband, Ryan Hurd, lend their own perspectives. Here are five takeaways from the profile:

Dolly Parton is one of Morris’ biggest role models.
The story of Morris’ decision to become a Nashville songwriter has been told countless times, but here she singles out the influence of another country trailblazer. “I wanted to be a songwriter like Dolly Parton,” she says. “I mirrored a lot of my choices off what she’s done. I think about how she’s handled everything with such grit and grace in a world full of men. I can identify with that.” 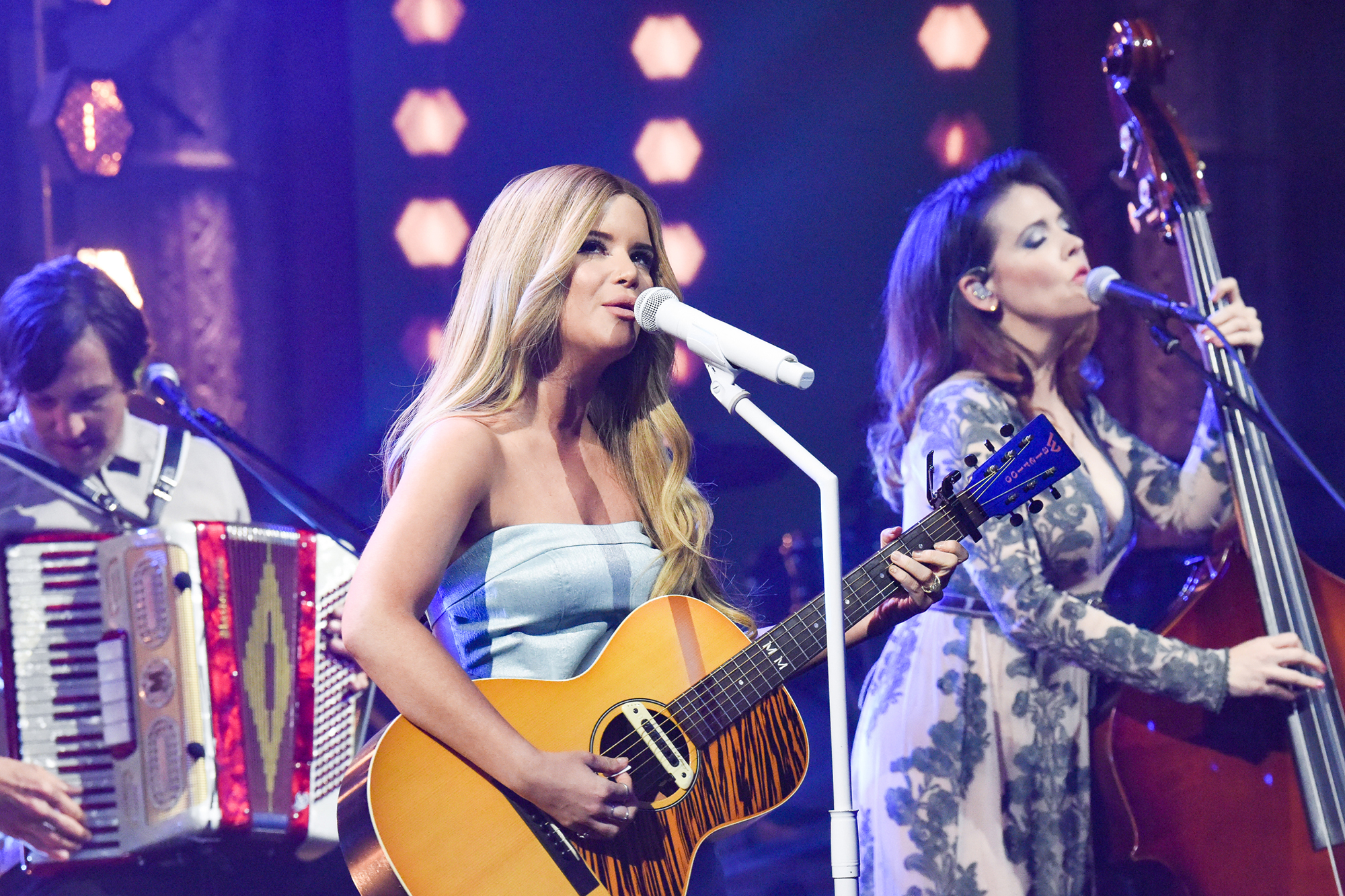 Watch Maren Morris Perform 'A Song for Everything' on 'Colbert'

Morris and Hurd both knew “My Church” would be a hit.
“My Church” wasn’t only Morris’ breakthrough hit, it was the song that convinced her to begin performing again in her own right. “That was the first time as a songwriter that I’ve ever been territorial about a song that I’d written,” she says. Hurd, then only a friend and collaborator, didn’t need to say much to lend his support the first time she played it for him. “The song ended and he didn’t say anything. He just goes, ‘Play it again.’”

Crossovers like “The Middle” are her way of promoting her “version of country music.”
Morris sees songs like her Zedd and Grey collaboration “The Middle” as a good way of expanding the country brand. “If I got to put my genre on the map and people heard ‘The Middle’ and they were like, ‘Who’s this Maren Morris chick? I want to see what she does.’ And then they go and listen to ‘My Church’ and are like, ‘Oh wait, who’s this other artist that she’s toured with?’ And they go and listen to Sam Hunt, or whatever. It’s about opening the platform for our genre,” she says.

Broader conversations about gender, race and equality in country music have empowered Morris to be a more active commentator.
“Good art is scary and it’s risk-taking and it changes culture,” Morris says. “I just think about how much oppression it had to take for people to really start opening up. That perspective is so desperately needed to be heard. It makes me feel like I want to be better, put braver music out, say braver things, wear braver things. Screw it. It’s time to put our money where our mouth is and not just talk about the lack of representation.”

Girl was Morris’ way of expressing her womanhood more bravely.
“Seeing the wave of support that women were starting to have with each other, it’s really powerful — as a woman, as a human being, as a songwriter. I think I’m making some of the most honest music of my career,” she says of her sophomore LP. She adds that the video for the title track is “one of [her] proudest works to date.” “It ended up being like, how many different faces of women could we show?” she says.