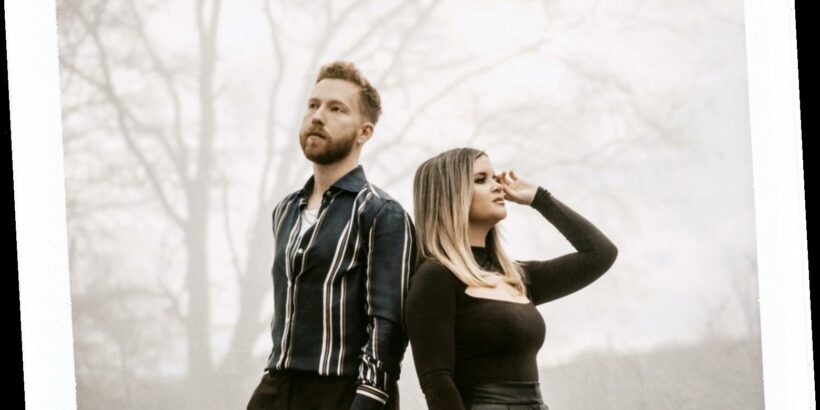 On Wednesday afternoon, Morris, 30, and Saxe, 27, released a brand new collaboration together — titled "Line By Line" — that will be featured on Saxe's forthcoming album, which is due out later this spring.

Written in Nashville by the Grammy award-winning country artist and the Toronto native, "Line By Line" finds the pair crooning about a monumental love that is too good to be described.

"Love too big for a love song, If I tried to sum it up I know I'd get it wrong / Sometimes if it don't sound right, I apologize, I just said it cause it rhymed / Four chords, three minutes, you never fit in it / So I just take you line by line / Oh, I'll be writing about you for the rest of my life / Line by line," the pair sing on the track's chorus. "I have always loved being contemplative of the artist vs. muse relationship in songs," Morris said in a statement. "'Line by Line' acts as a promise that I'll never be done writing about my muse in this life because he can't be summed up in one song."

"Writing that day with JP was the most fluid, inspiring session. He's a lyrical faucet," she added. "He threw out the line "immortalizing my sincerity" and it blew my mind. I think all in all, we wrote the whole song in an hour and immediately recorded it." Saxe echoed Morris' sentiments in his own statement, sharing, "My first thought about this song is that it's surreal I get to be sharing it with one of my favorite artists ever. Regarding what it's about — as songwriters we spend a lot of our lives trying to bottle up a feeling into a song, and often, the biggest feelings, the best ones … the complicated, detailed, messy, incredible ones … just aren't going to fit."

"'Line by Line' is our recognition of that … of how one song just isn't enough to capture it all, but how we're just going to keep writing, futilely and lovingly, anyway," he added.

Maren Morris Opens Up About 'Laid-Back' Parenting Style: 'We Lucked Out Having a Very Chill Baby'

Morris and Saxe also spoke about their recent collaboration with Zane Lowe on Apple Music Wednesday.

Describing himself as a "massive fan" of Morris, Saxe — whose real name is Jonathan Percy Starker Saxe — detailed that he and the singer "have the shared experience of being really in love with other songwriters and being in this everyday adventure of trying to summarize what it feels like to love somebody in a song."

Morris noted that the pair "just clicked" and that she realized she was "working with someone that loves the turn of a phrase, loves the art of a lyric."

"It was so effortless, if I could be so bold to say," she added. "And I definitely think that us both being in love and in relationships with songwriters [Morris is married to Ryan Hurd, while Saxe dates Julia Michaels], it really felt like something that only we could write, at least this way. And so I love writing songs about songs, but especially a love song about a song."