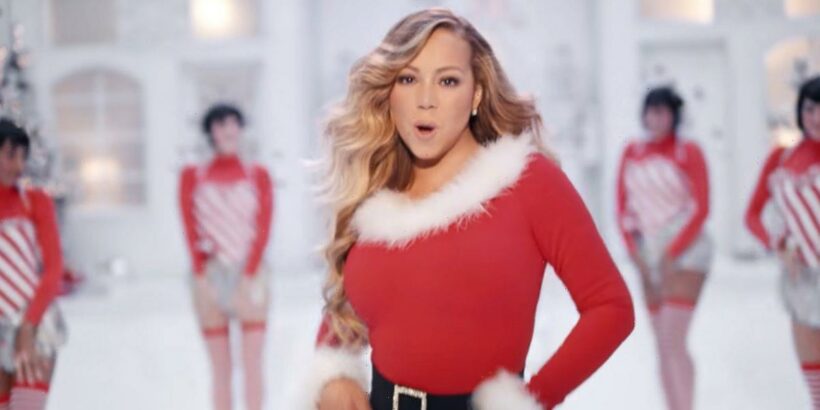 Mariah Carey’s legal bid to hijack the “Queen of Christmas” crown has sparked a diva war.

The 53-year-old All I Want For Christmas Is You singer filed an application to trademark the phrase – leaving singers including Darlene Love, 81, and Elizabeth Chan, 42, raging.

Elizabeth is trying to prevent Mariah from claiming the title – as well as “QOC”, “Princess of Christmas” and “Christmas Princess”.

She raged: “I feel very strongly that no one person should hold on to anything around Christmas or monopolise it in the way that Mariah seeks to in perpetuity.

“That’s just not the right thing to do. Christmas is for everyone. It’s meant to be shared – it’s not meant to be owned.

“She’s trying to trademark this in every imaginable way – clothing, liquor products, masks, dog collars – it’s all over the map.” And Darlene vented: “David Letterman officially declared me the Queen of Christmas 29 years ago, a year before she released All I Want For Christmas Is You. And at 81 years of age, I’m not changing anything.

“I’ve been in the business for 52 years… if Mariah has a problem, call David or my lawyer!”

Mariah once insisted she never crowned herself Queen of Christ-mas, adding: “That was other people, and I want to humbly say that I don’t consider myself that.”

And her legal claim flies in the face of comments made in 2021, when she said: “Let’s face it, you know, everybody’s faith is what it is. But to me, [the Virgin] Mary is the Queen of Christmas.”

As well as Elizabeth Chan and Darlene Love, there is also Brenda Lee who recorded multiple Christmas songs in the late ’50s and ’60s including her hit Rockin’ Around the Christmas Tree.

Mariah's All I Want for Christmas Is You helped her set a record in 2019 as the first artist to hit number one on Billboard's Hot 100 chart in four different decades.

The song held the spot on the chart for three weeks starting in late 2019 — the first time it ever earned the top spot, 25 years after it was first released.

Speaking on the Zoe Ball Breakfast Show, Mariah insisted she never chose the festive moniker herself.

She explained: ‘That was other people, and I just want to humbly say that I don’t consider myself that.

"I’m someone that loves Christmas, that happened to be blessed to write All I want For Christmas Is You."