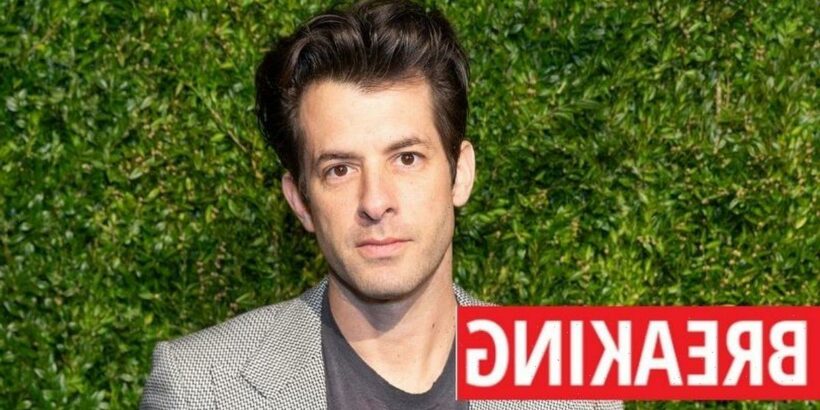 The hitmaker, famed for tracks such as Amy Winehouse's Back to Black and Uptown Funk, today celebrates his 46th birthday and celebrated in style, with his new wife, Grace, 35.

Announcing his wonderful news, the British-born star shared a snap of the pair walking down the aisle, beaming with happiness, he said: "To my truest love… Out of nowhere, you made 45 hands down the greatest year of my life.

"And I'm sure it took me 45 years to become the man worthy of your love. I hope I spend every one of these birthdays by your side til my last day. And beyond. Forever and ever yours (and yes, we got married) [sic]." His post that has racked up over 56,000 likes in just a small amount of time was instantly flooded with messages of congratulations from celebrity friends and his adoring fans.

"Congrats and ahppy birthday, brother! Much love," penned one.

While a second added: "Congratulations! So happy for you."

"So happy for you Mark, love you," gushed Nick Grimshaw.

Before Annie Mac added: "He did it!! So SO delighted for you Mark," alongside a string of heart-eye emojis.

"WONDERFUL! Congratulations to you both. And Happy Birthday, Bro," exclaimed Zane Low.

It was reported in early Auguest that the newly married couple were preparing to say "I do" in New York City, where Mark lived from the age of eight after his mother emigrated from Notting Hill, London.

Their relationship reportedly went to the next level in May after photos obtained by PageSix showed Grace wearing an engagmenent ring as she went about her day.

Mark confirmed the news in June while appearing on the FADER Uncovered podcast, saying: "I got engaged last weekend," before opening up about his "corny" first kiss with his new wife.