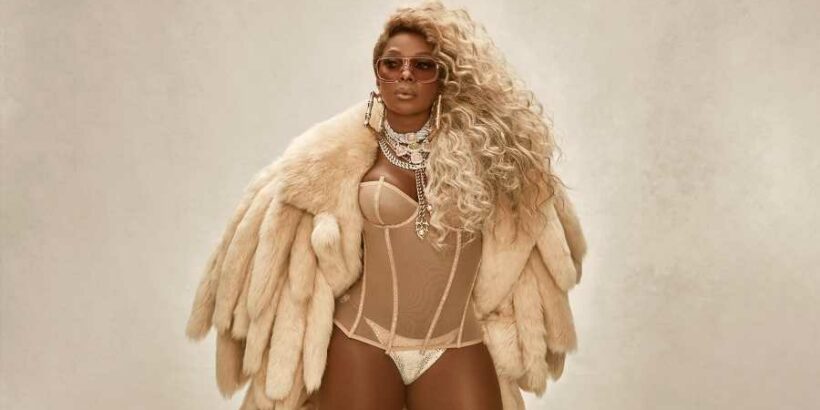 Thirty years into a career as one of the best R&B artists of her generation — Rock & Roll Hall of Fame honors or not — Mary J. Blige continues to challenge herself and her fans. It’s hard to think of any peers from her early-Nineties peak, whether it’s the “queen of Christmas” Mariah Carey or the under-appreciated Brandy, who would eagerly collaborate with the likes of Fivio Foreign, the hard-edged New York drill act currently making headlines for his protests against Hot 97’s censorious ban on “violent” diss raps. Yet there he is on “On Top,” a track from Blige’s Good Morning Gorgeous that makes good use of a Three 6 Mafia’s “Who Run It” sample, jawing away about “This is my city, I’m giving aggression/None of my shooters getting arrested.”

5 Tips for Any Artist Looking to Release New Music

A Pastor Went Viral by Singing in Walmart. He Wants the Buzz to Last

“On Top” is proof that Blige sees herself as a living legend unwilling to retreat into Black adult-contemporary irrelevance. Her willingness to experiment with current pop trends has occasionally led her down jarring paths: See her odd 2009 single “The One,” where she delivers an ill-advised Auto-Tuned performance alongside Drake. More often, it has paid off in artistic rewards like 2014’s The London Sessions, a wobbly but ultimately successful fusion of vintage hip-hop soul and R&B-inflected British pop, and 2017’s Strength of a Woman, an unflinching and powerful dissection of her well-documented divorce from Kendu Isaacs.

Nearly all of Blige’s 15 albums have a conceptual framework, but Good Morning Gorgeous feels looser than others. She has said the title is based on a positive affirmation she tells herself since her well-documented divorce. That puts her new album in line with the inspirational, self-help tenets that have guided her work ever since 2001’s No More Drama. Still, the album flips through moods and styles. Producer Bongo by the Way opens with a percussive flourish on “No Idea,” as Blige recounts a life in the public eye: “Been doing shows since high school/To the mall then record in the mic booth.” DJ Khaled brings his signature bluster to the dancehall rhythm of “Amazing”; Anderson .Paak croons in typical throwback style over the lush grooves of “Here With Me”; Dave East drops a hard, cleareyed verse for “Rent Money.” There’s plenty of emotional tumult, as tracks like “Love Will Never” and the title song make clear. “It’s hard enough to be alone,” she sings on the latter. “I’m so tired of feeling empty.” Still, she carefully sidesteps the deep melancholy of her past. The music is mostly hopeful and lively, even when the sentiments belie it.

Longtime fans may miss the laser-sharp focus of Blige’s best albums. Yet her attempts to lighten the mood and bring some joy to her life on Good Morning Gorgeous is a worthy trade-off. At the album’s end, she offers a special treat: a sumptuous duet with Usher in the form of “Need Love.” The baby-maker ballad feels like a welcome flashback to the glory days of contemporary R&B, back when Blige and Usher dominated the pop-music landscape. She’s moved on from those golden years, but she hasn’t forgotten them.