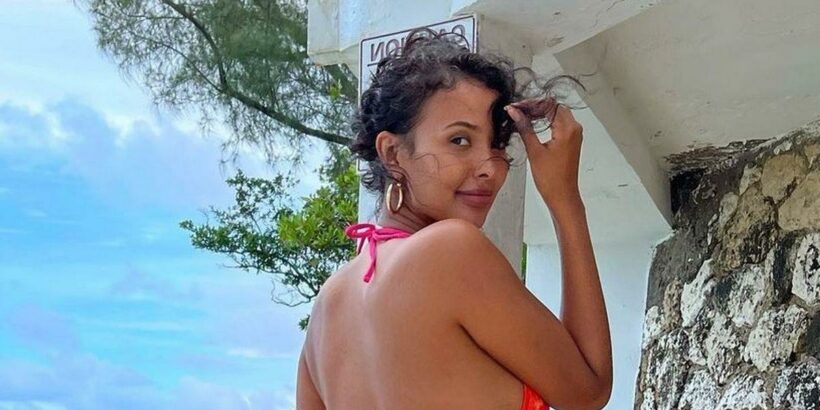 Maya Jama sizzled in a tiny yellow bikini as she updated fans from her tropical getaway.

The TV presenter never fails to turn up the heat and shared a racy video to her social media on Friday.

The 27-year-old left little to the imagination as she pouted in the sea in the skimpy swimwear that accentuated her ample assets.

Smouldering to the camera, the star wore her tresses swept to one side as she filmed herself swimming.

The star proved she is a natural beauty as she went makeup free while soaking up the sun on holiday.

The trip comes after Maya filmed Simon Cowell's new show Walk The Line, which she is hosting.

After receiving the new role, Maya hailed it a "childhood dream."

She said: "I remember watching shows created by Simon when I was younger, and to be given the opportunity to host one myself… it has definitely been a pinch me moment.

"I've been itching to tell everyone about it – expect some first class entertainment and truly incredible singing talent."

She continued: "Walk The Line has been unlike anything I've worked on before and I hope everyone has as much fun watching it as we are making it."

Last month it was revealed that 62-year-old Simon had stepped down from the judging panel of his new show in order to spend more time with his family.

Simon has a seven-year-old son Eric with his partner Lauren Silverman.

Bosses have replaced Simon with Take That star Gary Barlow.

Walk The Line has been described as a "brand new high octane musical game show format".

The new show will see competitors battle it out on the stage, singing to top the leaderboard and win a stack of cash.