Preparations for Nirvana’s MTV Unplugged appearance in November 1993 were reportedly tense, but that’s not how easygoing Meat Puppets songwriter and frontman Curt Kirkwood remembers it. One of his fondest memories, in fact, is of joking with Kurt Cobain just before the now-legendary performance.

“We were walking down towards the playing area, and [I was] telling Kurt that I liked to eat the gum off the bottoms of tables when I was a little kid,” Kirkwood laughs, recalling the absurdity.

“I don’t know why we were talking about that, but it was one of my favorite things when I was a kid — get gum off the bottoms of tables in a restaurant and eat it. I was cracking him up.”

The bonhomie between one of indie rock’s freest spirits and the supposedly tortured voice of a generation carried onto the set at Sony Sound Studios in Hell’s Kitchen, Manhattan, where Kirkwood and his brother Cris performed three songs from their twangy 1984 release Meat Puppets II with Nirvana. Cobain, who relaxed the crew and audience with wry cracks between songs, can barely contain his smile when the crowd applauds the beginning of II highlight “Plateau.”

“I knew it was really good when it was happening,” Kirkwood tells Rolling Stone Country. “I was privileged to sit through the whole thing and be able to watch it until I had to go play, myself. It was like a real show with a real vibe. There were no retakes or anything. What you see is what happened.”

The collaboration came about naturally, remembers Nirvana bassist Krist Novoselic. The band didn’t want to simply play their hits on acoustic guitars like so many other bands had done. Instead, they used the platform to show the band’s depth while setting up their heroes for their biggest success.

“We weren’t sure we were going to pull it off because we were touring, there was a lot going on, and like, ‘OK, we have to rehearse for this Unplugged, what are we going to do?’” Novoselic says. “Kurt’s like, ‘We’ll do some Meat Puppets songs because they would sound good unplugged.’ And I’m like, ‘Yeah, quite frankly, if we could get Curt and Cris to join us, then we would really nail it because they know the songs.’” 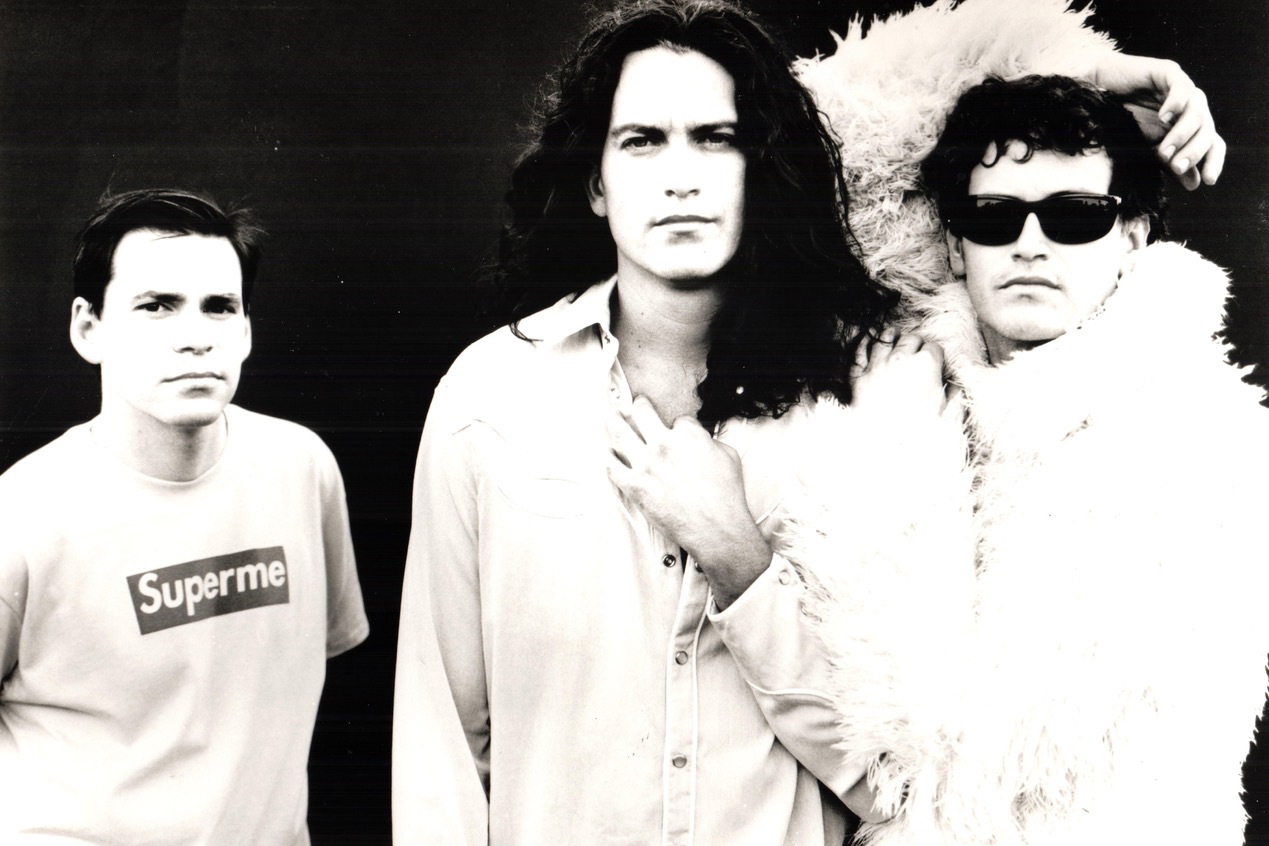 The Kirkwoods, who were opening for Nirvana at the time with the Meat Puppets, sat in on one laid-back rehearsal with the band. Afterward, Novoselic brought Curt up to his hotel room to lock down his parts, and that was it.

“It was pretty casual,” says Kirkwood. “The bands are similar that way — just learn the songs enough to not fuck ’em up. Really the coolest part was, if anybody from the rock scene is gonna sing that stuff, that would have been one of my choices. If I could get George Jones to do some, that would be cool, too.”

The guest spot did more than expose a larger audience to the Meat Puppets’ psych-folk country-rock — it made their record label take them more seriously. Too High to Die, released the following January, earned the band its biggest crossover hit, “Backwater,” and a Gold record.

On March 8, the Meat Puppets will release Dusty Notes via Megaforce, their first album with the original lineup — brothers Curt and Cris Kirkwood plus drummer Derrick Bostrom — since the Unplugged era. The 10-song collection meanders along the Americana landscape on top of acoustic guitars, banjo and keys, exploring the high-desert psychedelia and gentle harmonies familiar to fans of early albums II and Up on the Sun.

The Puppets never stray from their jammy folk and open-minded approach on their 15th studio album. There’s the Western gait of “Warranty,” for which the group just released a typically trippy video. And “Nine Pins” rides on a twangy banjo roll and subtle, carnival-esque keys, leading into a singsong chorus that could serve as a metaphor for the band’s free-and-easy ethos: “There’s a path, it’s not a road/No traffic through, no noisy highway/Where I can walk between the trees/ A strip of green that’s rolling my way.”

“Dusty Notes” bounces into a Tejano-style chorus backed by boisterous horns, and “Outflow” swings like an old Appalachian ballad with a hymnal chorus. Lead guitar breaks from Curt’s son Elmo take the songs straight down Nashville’s Broadway when they’re not leading the band deep into trippy psychedelic excursions.

The band plays it straight, though, on its upbeat cover of country standard “Sea of Heartbreak,” popularized by Don Gibson and covered by Johnny Cash, recreating its tinkling piano counter-melody with acoustic guitar accompaniment and three-part vocal harmonies.

“[I like to] pick out a nice song [to] start a practice with…just something to lead into before we start chipping away at our own crap,” says Kirkwood. “That was one we hadn’t done before, so there was no preconception. We didn’t change it up that much. It just sounded really good just playing it like a bar band.”

Traditional country and folk from Hank Williams and Woody Guthrie are just another part of the Kirkwoods’ musical DNA, dating back to their childhood in Arizona.

“I love George Jones — I think he still gets my skin crawling more than just about any singer,” says Kirkwood. “I love Marty Robbins and I love the Louvin Brothers, and that stuff has always been an influence. It’s real fun to play.”

Although the Meat Puppets drew inspiration from first-wave punk rock and came up on the college-rock airwaves, it was the easy grooves and improvisation of bands like the Grateful Dead that liberated them to bend genre and cultural lines. Like Nirvana, they explored but never exclusively bought into the codified loud-fast-angry rules of punk and hardcore.

“There was an ideology that came along with punk rock,” echoes Novoselic, “and [Nirvana] did feel like outsiders or part of a subculture. But at the same time, the only rule was to really express yourself and to make music that you thought was good and compelling.

“[The Meat Puppets] cemented for me that punk rock music doesn’t have to be about loud guitars and, you know, aggressive vocals,” he adds. “There’s a lot of diversity within that music. I thought the Meat Puppets record [II] was as good as any Neil Young record or anything in the big rock cannon. It was just like, ‘Hey, this is just really good music.’”