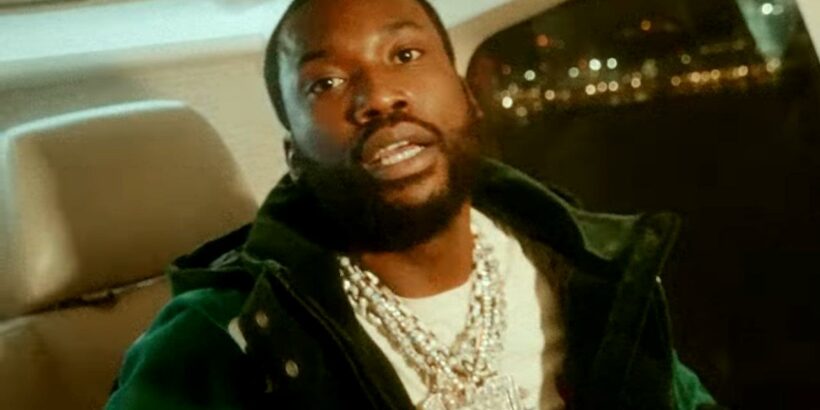 The new freestyle, which sees the Philly native spitting on the title track from DJ Khaled’s 13th studio album, appears on ‘Flamerz 5’ which is released on Audiomack only.

AceShowbiz –Meek Mill treated fans to new music ahead of the release of his new mixtape, “Flamerz 5”. On Monday, November 21, the Philadelphia native released a new freestyle over the title track from DJ Khaled‘s 13th studio album “God Did” along with its visuals.

In the Benjamin Carter-directed clip, the 35-year-old emcee shows what being rich looks like. He spits his bars inside a helicopter and makes it rain during a lavish dinner with a group of his pals. The music video also features footage from the rapper’s concerts.

Meek dropped “Flamerz 5” later that day on Audiomack. The rap star previously announced why he wanted it to be on other streaming services. “When a label gave me a plaque I thought they was tryna trick me lol … show me the financials that my art made … that other s**t a mental trick … give me a plaque with how much my song made and how much I got paid … I’m shying away from that whole system it’s not for us!” he first wrote on Twitter.

“I don’t want FLAMERZ 5 on no streaming service …. This strictly underground music … billboard can’t rate it …. Just rate the music,” he added. “I’d bet you a million I can make the UnitedStates/world play it with one upload button .. been doing it since MySpace lol.”

Meek himself also confirmed that his sixth studio album will be “coming in the next 8 weeks.” It will serve as a follow-up of “Expensive Pain”, which arrived in October 2021.