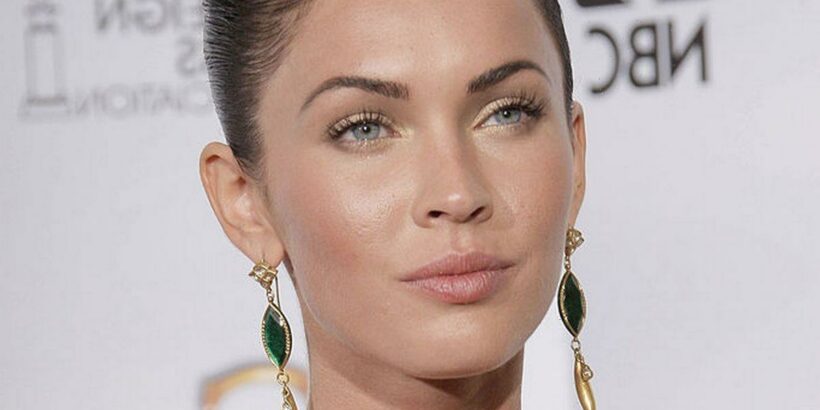 Megan Fox has opened up about the infamous red carpet interview at the 2009 Golden Globes and how her gobby behaviour means she no longer drinks.

The 35-year-old actress said that prior to the chat she had been sinking “multiple” glasses of bubbly because on her table were “giant bottles of Moet”.

She was then quizzed by E’s Giuliana Rancic where she made some shocking comments about being a “tranny” and being the “doppelganger of Alan Alda”.

Megan, who is in a high profile relationship with Machine Gun Kelly, spoke about the embarrassing incident while appearing on the Who What Wear podcast.

Megan said: "I was sat at a table with Blake Lively and all three Jonas Brothers.

“At the Golden Globes, they always put those giant bottles of Moët champagne on the table.

“Now I don't drink, and this is why: I was belligerent and said a bunch of s*** I shouldn't have said on the red carpet after that."

She continued: "I think I got in a lot of trouble for whatever I said on the red carpet at this event.

During the awkward chat the Transformers actress also mentioned that she was jealous of Salma Hayek’s boobs as they are “amazing and perfect” and that she was “close to vomiting” because she was so scared of being interviewed.

At the time Megan was dating actor Brian Austin Green, who wasn't in attendance, and she said the reason was that he's a man and he "has an ego".

The mum-of-two added: "He doesn't want to be my date. He's a man — he has an ego. I think he's probably working on music; I don't think he cares [about watching the show]."

Since that night, Megan has not touched alcohol, she told Jimmy Kimmel, as didn't like "feeling out of control”.

However, she recently spoke about a recent trip to Costa Rica with boyfriend Machine Gun Kelly, 31, where she imbibed a psychoactive tea.

Speaking on Kimmel’s chat show, she said: "So I was thinking it was like glamping, like it was gonna be some kind of five-star experience.

"But you get there and you really are in the middle of the jungle, and you don't get to eat after 1 pm.

She continued: “There was nothing glamourous about it and it's all a part of making you vulnerable so you sort of surrender to the experience."

Megan outlined how the experience lasted three nights and said it was "incredibly intense".

"Everybody's journey is different, but on the second night, I went to Hell for eternity.