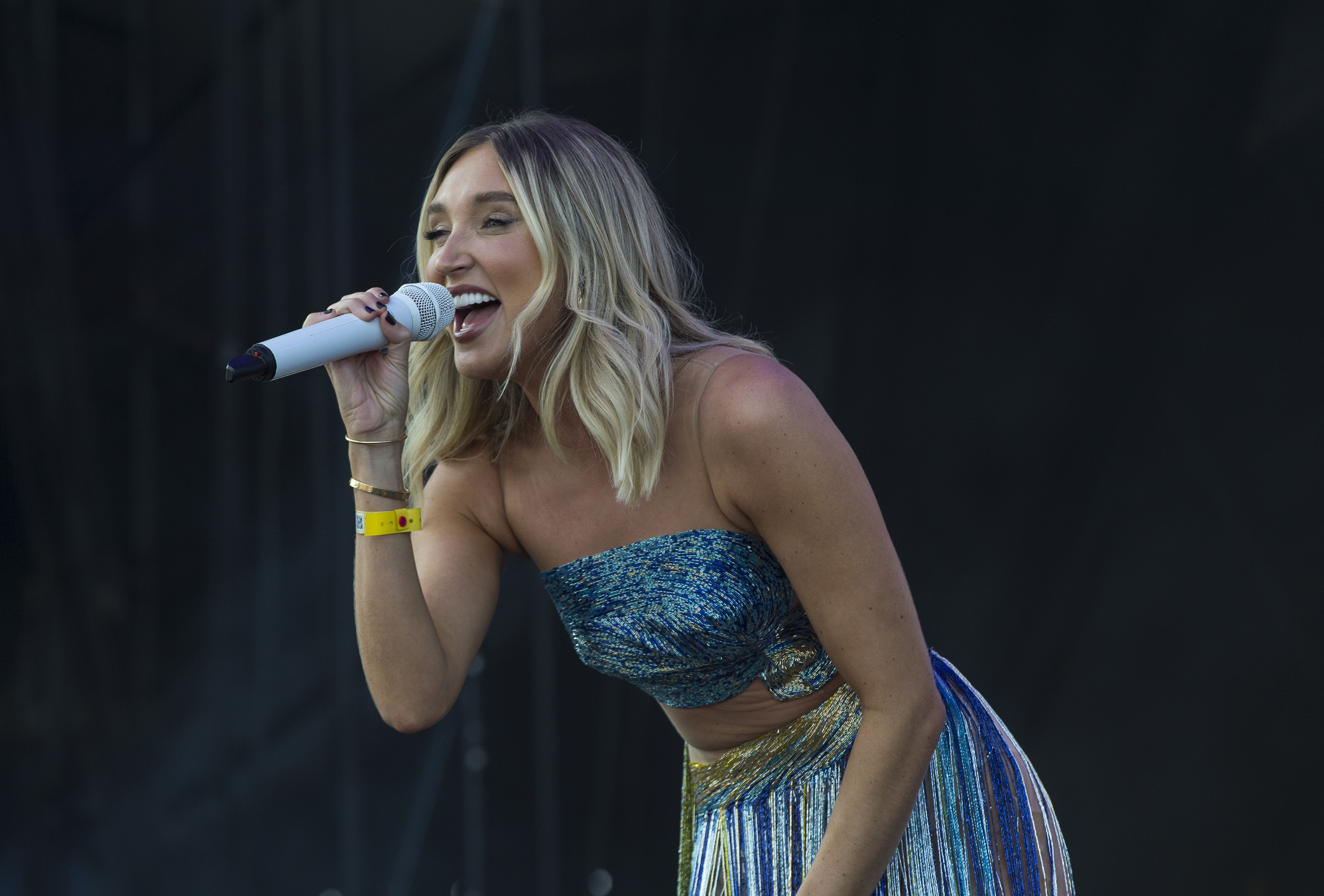 Megan McKenna will be marking the biggest moment of her career this weekend when she performs to the masses at Glastonbury.

It’s a pinnacle moment for the 29-year-old, who has blossomed from a reality star on ITV2’s The Only Way Is Essex, to a rising country music star making waves in Nashville and beyond.

This Sunday, Megan will be performing on the acoustics stage at the music festival and, needless to say, she’s very stoked about it.

‘For me being on the line-up at Glastonbury is acceptance in the music industry. It’s literally a massive step for me and my career so I’m so excited,’ the singer told Metro.co.uk ahead of her set.

Megan admitted that she hasn’t watched queen Dolly Parton’s iconic Glasto performance from 2014, but there is another country star whose set she’s been using as inspiration.

‘I have watched Kacey Musgraves’ set and she’s performing the same day as me and I’m literally obsessed with her,’ she confessed.

‘I’ve followed her since her first single and remember her first performance actually at the County Music Awards. She actually performed at Glastonbury on the acoustic stage years ago, and now she’s gone back and performed on the big stages.

Megan isn’t shy about admitting that her ‘aim all along was never to be a reality star’.

‘I think there’s a difference between reality stars and TV personalities who go on shows and have a talent and are business-minded and want to grow themselves as a brand,’ she explained.

‘I’m so grateful for some of the shows that I’ve done because they’ve given me a huge platform.’

Megan has just released her brand new song Baby Talk, which is billed as a ‘full-blown country’ break-up anthem. It’s the first in an ongoing series which will see Megan release a new song each week, featuring original songs and covers.

‘I just wanted to make a song that everyone can relate to and an empowering song like, just don’t put up with any rubbish basically. You’re better than that, just know your worth and if they’re gonna mess about then see you later,’ she said.

The musician added: ‘It’s definitely got a Miley Cyrus vibe to it and the feedback has been great because I always wonder how people are gonna like it but I think because people can relate to the lyrics, I think that’s why people like it so much.

‘I love real lyrics, I don’t really like beating around the bush just so it’s a really good story.’

Megan is no one-trick pony as she’s also hoping to step into the acting world, having recently auditioned for a comedy movie in Hollywood that will star ‘big name actors.

She told us: ‘It was actually really fun learning the script and going out there and having casting.

‘I’m really excited about it because even to have the chance to go to LA and audition was amazing anyway. So if I do get it I’ll literally be the happiest girl in the world.’

‘I feel like my life hasn’t even started yet. My 20s were for learning and going through the ups and downs but I’m getting older now and I feel like my career is on the right path,’ she said.

Megan will be performing at Glastonbury festival on Sunday June 26 on the acoustics stage at 12pm.

Her new single, Baby Talk, is out now.